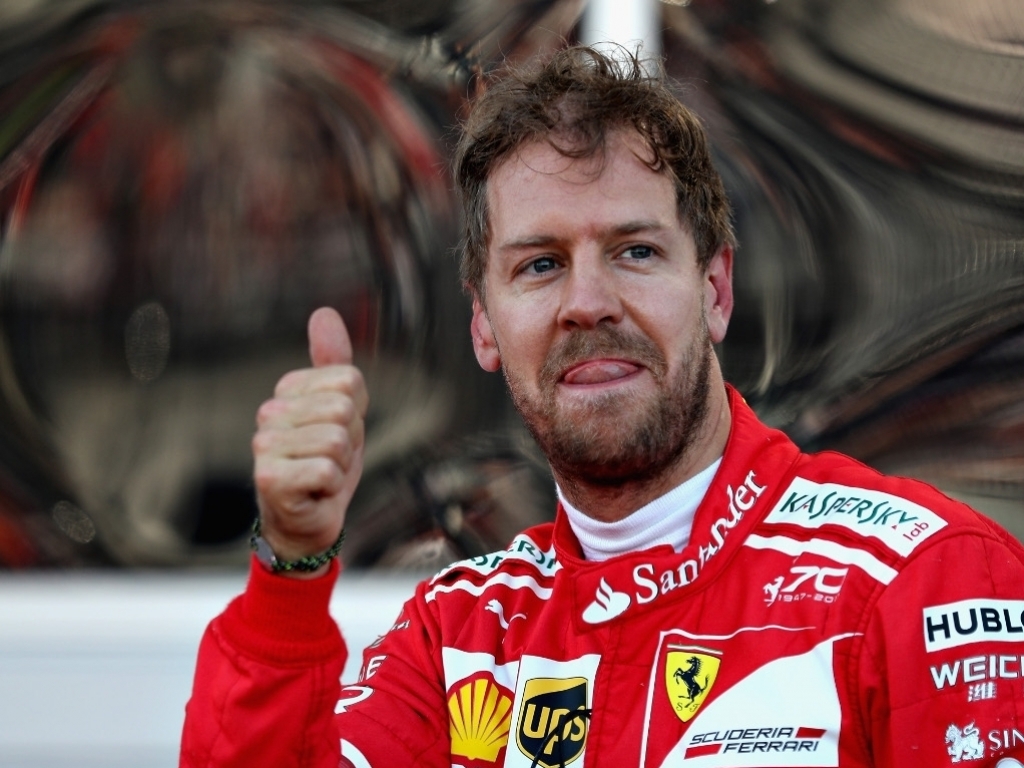 Sebastian Vettel was beaming with joy after Ferrari locked down the front row for the first time since France in 2008.

The World Championship leader claimed his first pole position since Singapore in 2008 with team-mate Kimi Raikkonen lining up alongside him in P2.

Vettel was asked whether Ferrari are now well and truly back, but he is confused as to where when just considering the Scuderia’s form so far this season.

“From where? If you look at the first three races we had a good start to the season,” said Vettel.

“Obviously Mercedes has been very strong, but we are in front which is a great achievement. I’m sure it will be very good tomorrow in the long runs, Valtteri had very good pace yesterday.

“I had a good start this afternoon and I was feeling reasonably comfortable, in Q2 I lost a bit of the rhythm. My final run went wrong, i locked up and it went a bit wrong.

“And then in Q3 , the first run was not really tidy, so I left it until the end, got a good lap in and improved in the last sector,  made up some time compared to my lap before, knew it would be tight, and I knew also that i would be the first one to cross the line…”