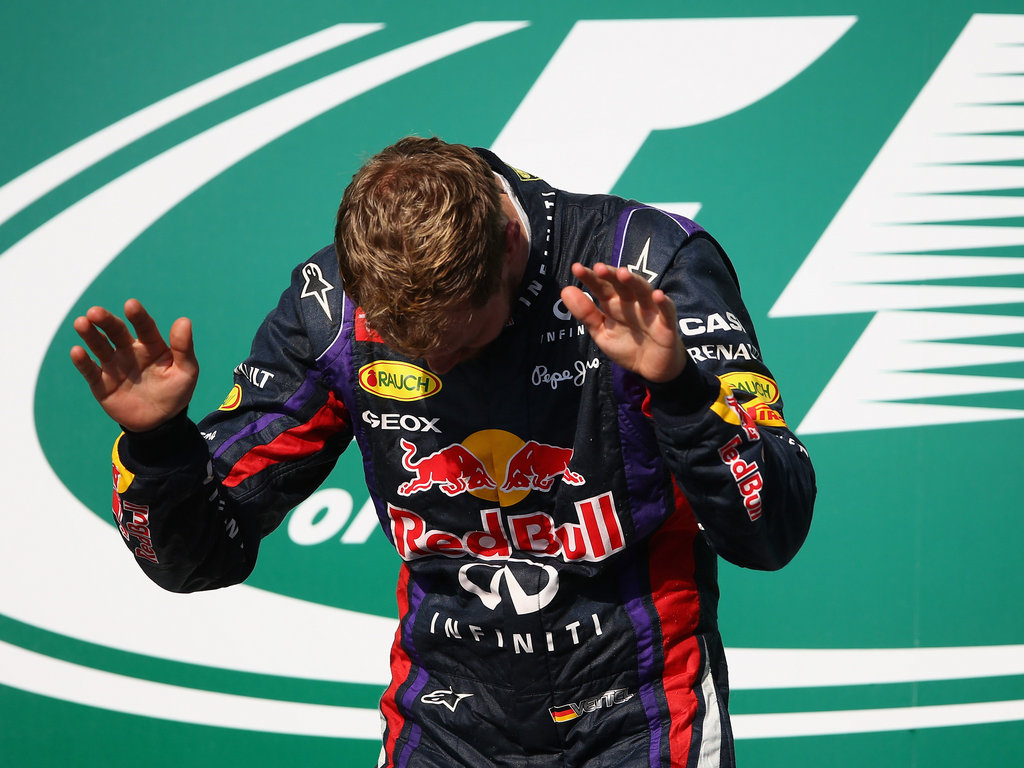 Sebastian Vettel was lost for words having chalked up a record-breaking eighth consecutive race win in Austin on Sunday.

The four-time World Champion arrived in America tied with Michael Schumacher for the most wins in one season.

However, after 56 laps of controlled race on Sunday afternoon the record was his and his alone.

Securing his eighth win on the trot ahead of Romain Grosjean and Mark Webber, the 26-year-old couldn’t find the words to express himself.

Although Sunday’s win was by no means the commanding triumph that Vettel has achieved in other outings, it was nonetheless faultless.

Putting in the laps to preserve the tyres for a one-stopper, the only time he ever reliquished the lead was when he came in for his stop. Two laps later he was back in front.

“The car was fantastic,” said the German.

“It was a bit tight at the start, Romain had a good start and I didn’t know if it would be enough.

“Romain had a fantastic start but I tried to focus on myself.

“We had good pace though and could control the gaps for eight wins in a row.”

He added: “Today to win the race, it is incredible.”

The 26-year-old also thanked the Austin crowd at the Circuit of the Americas on a day that saw more than 100,000 fans turn up.

“I want to say thanks to the crowd. It’s unbelievable to have more than 100,000 here on Sunday in only our second year. The city is going crazy,” he added.