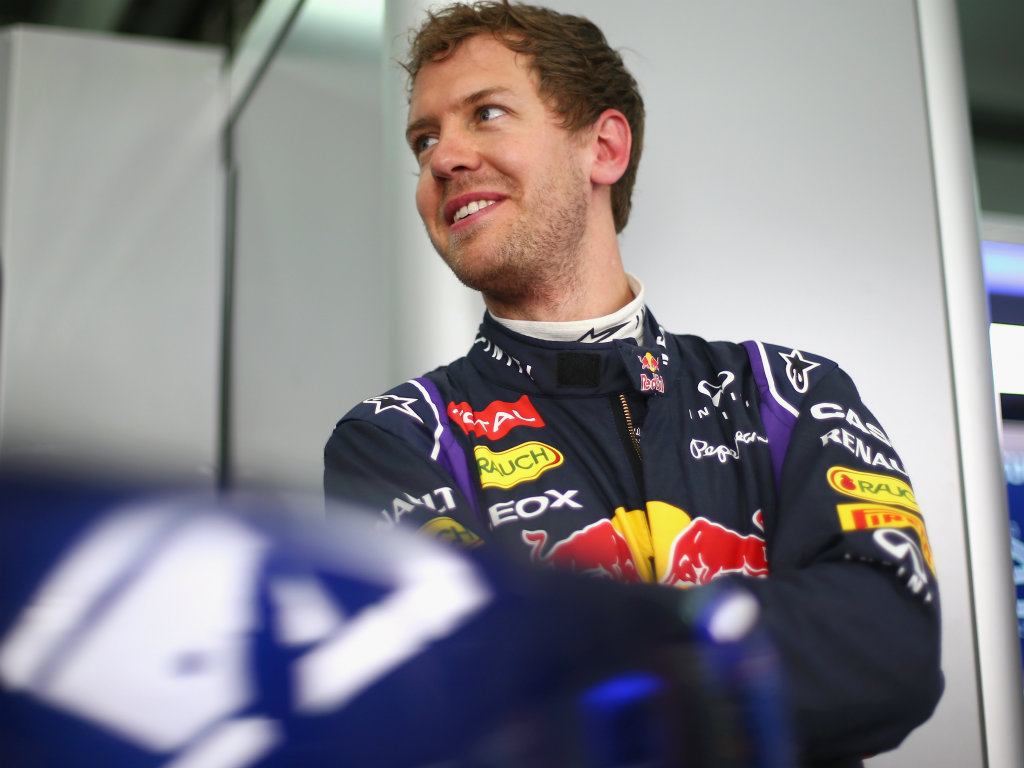 Sebastian Vettel says it is “up to” Red Bull how quickly they close the gap after joining the Merc drivers on the Sepang podium.

Vettel fought back from his pre-season woes and his Australian retirement to not only claim his first points but also first podium of the Championship in Malaysia.

Starting second on the grid, the German was swallowed up by the Mercedes driver before having to battle his team-mate Daniel Ricciardo for third.

He eventually pulled ahead and maintained third all the way to the chequered flag.

Asked if it his third was beyond expectations, he said: “Yeah, it is.

“The guys are pushing back in the factory and at Renault.

“Considering where we were not even two months ago I think this weekend is a massive step in the right direction. It’s a shame we didn’t finish with both cars.”

Vettel, however, admits Red Bull still have a long way to go to catch Mercedes.

Not only did he finish Sunday’s 56-lap grand prix 24.5s behind race winner Lewis Hamilton, Red Bull are also 53 points adrift in the Constructors’ Championship.

He said: “Mercedes is still quite a bit ahead and always have enough in hand to respond. It is up to us how quick we managed to come back.

“At the moment it looks like we’re making bigger steps than them, so I hope it continues.

“There is a lot still to learn and we need the laps, but for now it’s important to collect points. We’ll try to be up there very soon again.”