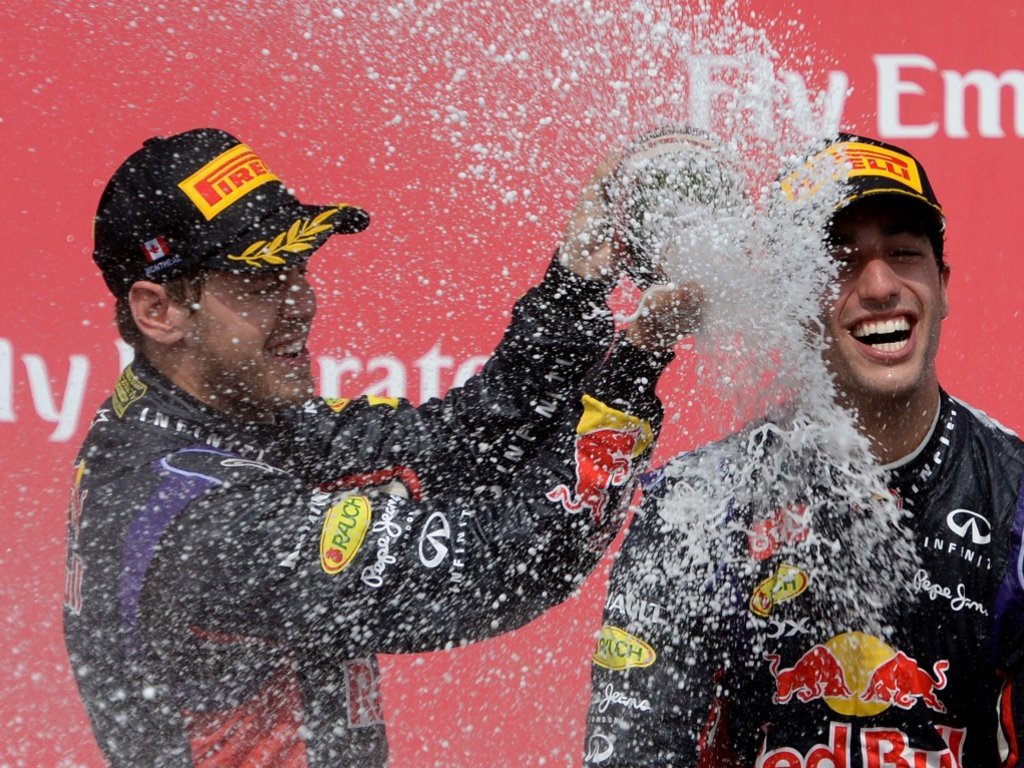 Despite Red Bull achieving their first win of this season in Montreal, Sebastian Vettel concedes there is “still plenty of work ahead.”

It the Aussie’s first career win and also Red Bull’s first of this season.

Interviewed on the podium, former racer Jean Alesi joked about this “nice guy” new team-mate of his to which Vettel said: “He is still a nice guy.

“Congratulations to him, this is his day.”

And although conceding that Red Bull benefitted from Mercedes’ problems on Sunday, the reigning World Champion rightfully acknowledged that they had to be up there to do so.

“The race really came alive towards the end, it came to us with a big help from Mercedes unlike in all the other weekends.

“But we were there to capitalise.

“We were just not quick enough down the straights, we lacked power so obviously it didn’t help our strategy.

“Still this is a very positive day.”

Ricciardo’s win also marks the first V6 victory for engine supplier Renault with Vettel admitting that they still have some way to go before they can challenge the Mercedes drivers on a regular basis.

“I think they had a very good come back but as we saw today there is still plenty of work ahead of us because the Mercedes are still quite a lot quicker down the straights.

“All in all a very good day and once again congrats to Daniel.”