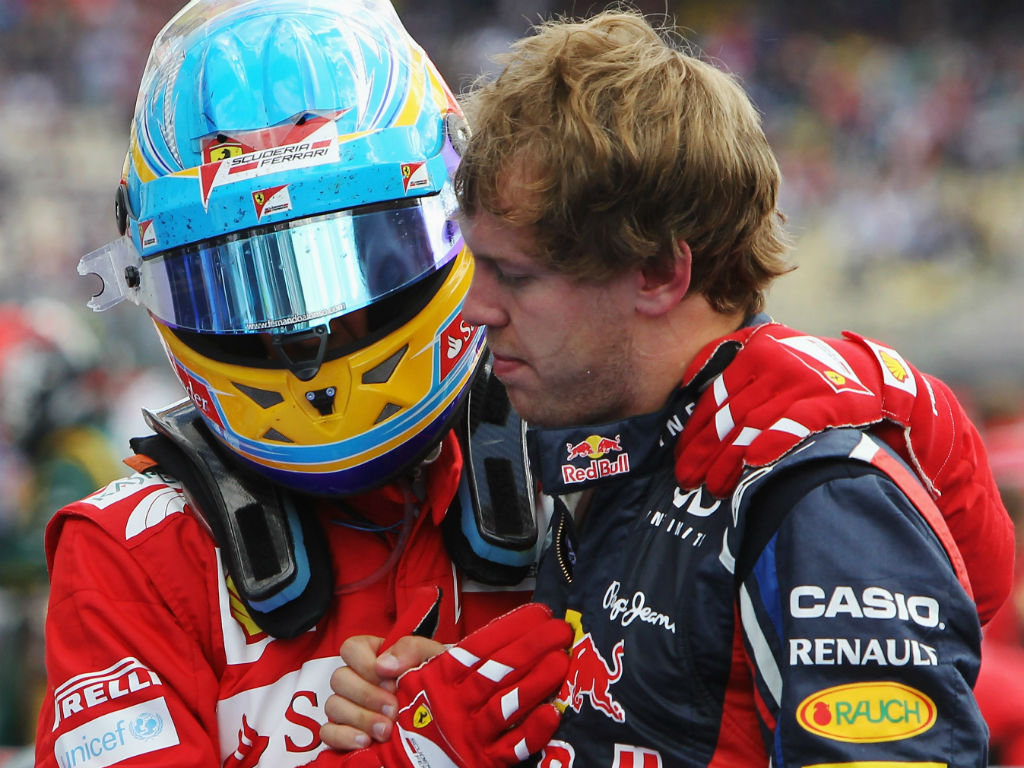 Sebastian Vettel has hit out at Lewis Hamilton, saying his move to unlap himself was “stupid” and that he should use some “common sense”…

Sebastian Vettel has hit out at Lewis Hamilton, saying his determination to unlap himself was “stupid” and that he should use some “common sense.”

Battling with Fernando Alonso and Jenson Button for the victory in Sunday’s German Grand Prix, Vettel was just 0.7s behind the Ferrari driver.

However, instead of it being Button right behind him, it was Hamilton, who had been lapped after a puncture in the opening laps dropped him down the order.

The McLaren driver, though, had good pace and used it to unlap himself, passing Vettel, which cost the Red Bull driver time.

“That was not nice of Lewis. I don’t see why he was racing us,” said Vettel.

“If he wants to go fast he should drop back and find a gap. It was stupid as he was a lap down.

“If you want to go quick and you have no chance to win the race you should respect that and use common sense.

“I didn’t expect him to attack because I didn’t see the point, and then I was surprised when he was side by side.”

The reigning World Champ blamed Hamilton’s move for his subsequent failure to hold onto second place through the second round of pit stops.

“I think that lost us the place to Button because shortly after that we pitted.”

Vettel fought back on the penultimate lap, taking second off Button for which he is now being investigated.

The German, though, was not the only driver who Hamilton dogged in an attempt to unlap himself. He did the same with eventual race winner Fernando Alonso.

However, the Ferrari driver was not unhappy as he saw it as a buffer between himself and Vettel.

“I knew that if Lewis was close enough with the DRS and trying to overtake, I had no problem to leave the space,” said Alonso. “I knew he was not in the race. We didn’t want to risk anything.

“For me it was a good position to have Hamilton between me and Sebastian.

“Having Hamilton there it meant Sebastian was 2.5s behind approaching the pit stop, so I tried to keep Lewis there.”