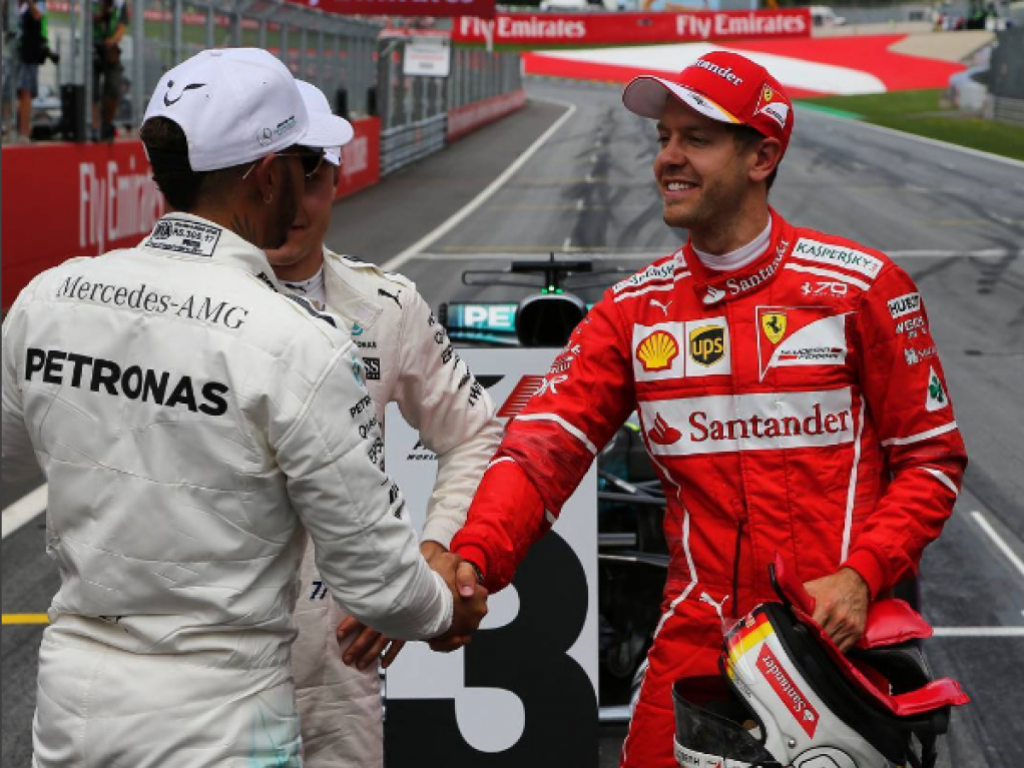 Sebastian Vettel has praised Lewis Hamilton on “a superb job” in clinching a fourth World Championship and said he “deserved” to win the title.

Vettel and Hamilton both had very ugly races in Mexico after coming into contact after the first corner and needing to pit after just lap one with damage to both cars.

Vettel recovered to P4, but Hamilton, who asked his team whether Vettel deliberately crashed into him, came home P9 which was enough to win the title.

“It’s disappointing,” said Vettel on his chaotic opening in Mexico.

“It’s not that important what we have done today, it’s more important what Lewis has done and he’s done a superb job all year round and deserves to win the title.

“Congratulations to him. It’s not about anybody else today. It’s about him. It’s his day.

“I don’t fear him, I like racing with him but I would have liked a little bit more of that this year. Overall they were just the better bunch.”