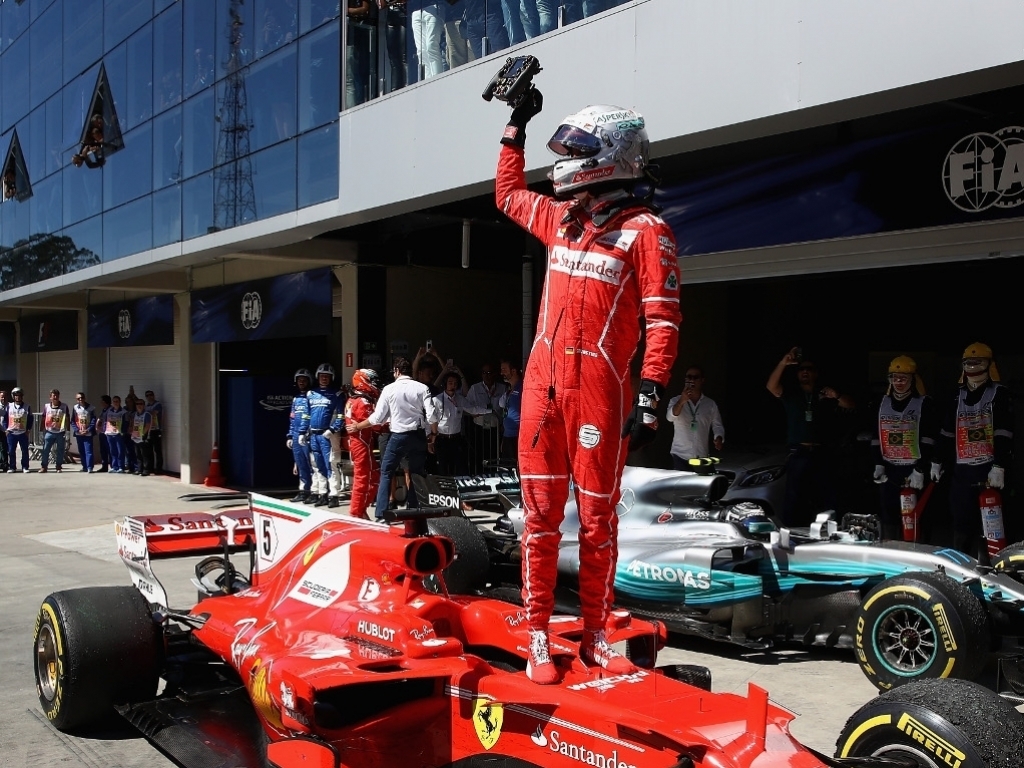 Although Lewis Hamilton charged from the pitlane to fourth in Sunday’s Brazilian GP, Sebastian Vettel says he was “not really” ever a threat to his victory.

Hamilton was forced to start the Interlagos race from the pitlane after a mistake in qualifying put him the barriers.

Vettel, the man he pipped to this year’s World title, started P2 on the grid but made short work of Valtteri Bottas to lead the race.

But despite their contrasting start positions, Hamilton led for several laps as he ran a long first stint on the soft tyres.

However, when the pitstops played out Vettel was back in the lead ahead of Bottas and Kimi Raikkonen.

He raced to the victory while Hamilton’s charged ended with him in fourth.

Asked if he was worried about Hamilton’s progress on Sunday, the Ferrari driver replied: “Not really.

“Obviously I saw him pitting just in front of me [after running a long first stint] so he had to make up that pit stop but it’s not the first time this year we have seen a mirrored strategy has some advantages.

“The track ramped in the end and the supersoft was clearly the faster tyre, but overall it’s fair to say Lewis was very quick.”

He added: “But I don’t think he was really a threat.”