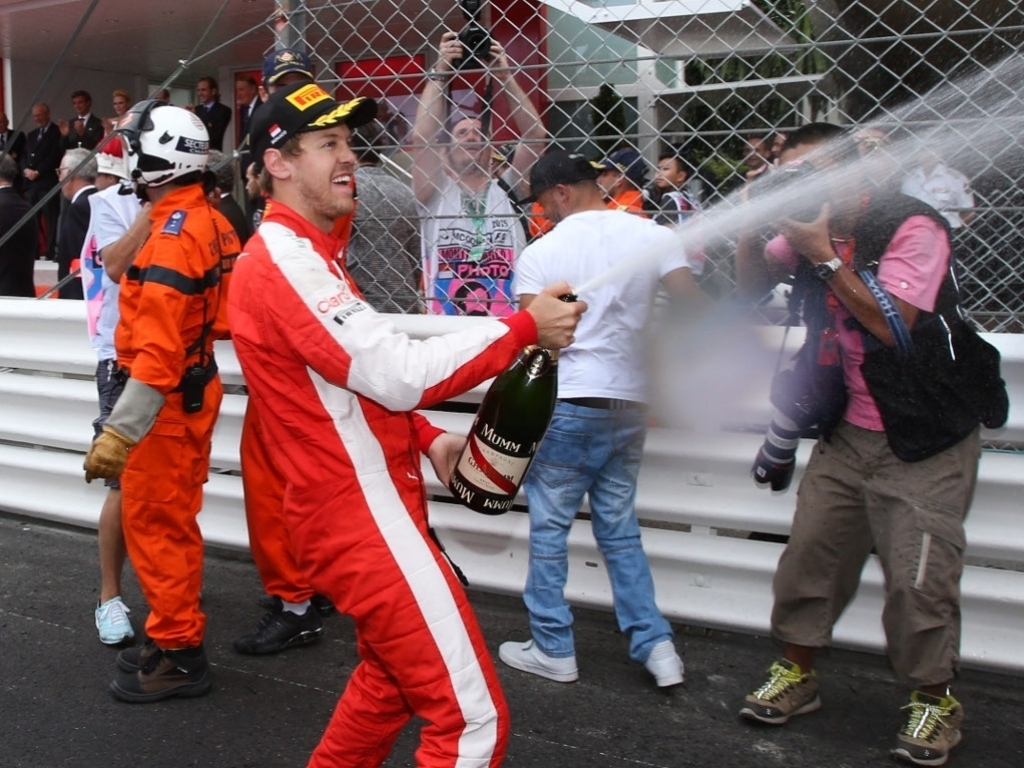 The Ferrari driver looked set to finish third behind the Mercedes cars of Hamilton and Nico Rosberg, but his luck changed when Max Verstappen smashed into the back of Romain Grosjean with 14 laps still to go.

The Safety Car was deployed and Mercedes opted to pit their leading car for fresher rubber as a precautionary, but Rosberg and Vettel stayed out.

Hamilton emerged behind Rosberg and Vettel and that's the way the race finished.

"We were there in the moment when it mattered and able to pip Lewis when he came out of the pits," Vettel said. "When we decided to pit we were a bit too far back but nevertheless, second is a great finish for the team.

"The thing is these tyres are not made for cooling down and going again. Me and Nico saved the tyres earlier because we maybe knew we couldn't attack Lewis too much which helped when we restarted but it was incredibly difficult. After a few laps they warm up but at first it was hard."