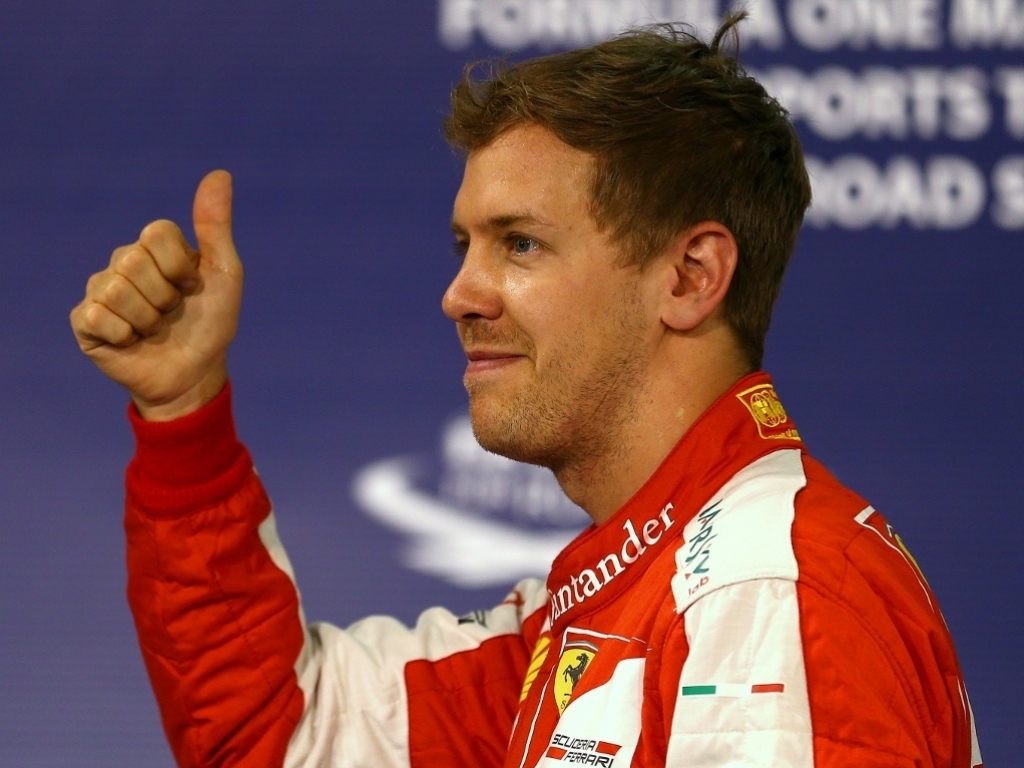 Sebastian Vettel produced Ferrari's best qualifying result in over a year at Bahrain on Saturday, but he hopes to be an even bigger threat to Lewis Hamilton on race day.

A Ferrari hasn't started on the front row of the grid since Felipe Massa qualified P2 at the 2013 Malaysian Grand Prix, but Vettel will start next to pole-sitter Hamilton at the Sakhir circuit on Sunday.

He was provisionally pole with a 1:32.982 as he edged the second Mercedes of Nico Rosberg, but Hamilton was behind him on the track and the defending World Champion clocked a 1:32.571 to take P1.

Although delighted to be on the front row of the grid, Vettel hopes to be even closer come Sunday.

"I'm really very happy with second today," the German said. "I think it was a tough session. At the beginning I didn't really find the rhythm that I had in practice. But more and more it was getting better and I was feeling happier in the car and more comfortable to push.

"For now very happy with the front row and hopefully tomorrow we can have a good start and a good race from there. In the race we are maybe a bit closer so we'll see what happens."