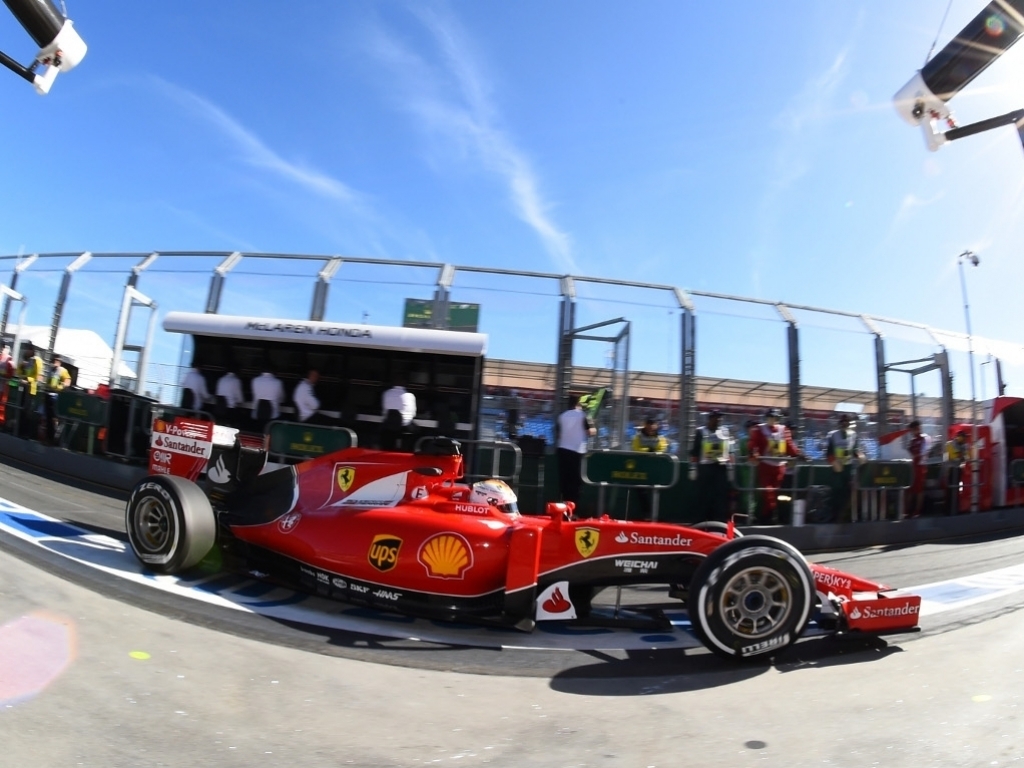 Mercedes may be out of Ferrari's reach, but Sebastian Vettel left Albert Park a very satisfied man on Friday evening after a solid day for the team.

Four-time World Champion Vettel kicked off life as a Ferrari driver in Melbourne and he was third fastest in FP1 while he was down in fifth later in the afternoon. However, more impressive was the fact that the SF15-T didn't have any major mechanical issues while the pace of the longer stints was also solid.

Although he concedes that they won't beat Mercedes, Vettel is pleased that they are reaping the rewards for the work they put in during winter.

"It was a good day with no problems on the car. It looks like the hard work done during the winter, both on track and at the factory at Maranello, is paying off," the German said.

"Our positive trend goes on, notably as far as reliability is concerned. I can’t think of such a trouble-free Friday session in a long time. As for performance, the higher you are in the timesheets, the better: but then it’s only Friday and I’ve been in Formula 1 long enough to know that today’s lap times are not so important.

"Mercedes are out of reach, we must be realistic: but every team and driver strives for being eventually on top, and we can be pleased with the work we’ve done today."

Meanwhile his team-mate Kimi Raikkonen was fourth fastest in the morning and down in eight later in the day, but he is happy with the display despite one or two issues in FP1.

"It was a typical Friday of free practice. In the first session I could not drive very well and it was difficult to put a good lap together," the Finn said. "So, for the second session, we made some changes to the car before the long-runs and, in the end, the feeling was better. Now if we can put everything together and find a good lap, we should be OK.

"It was a positive day overall, and the feeling hasn’t changed since winter testing: I think the whole package has improved. On the other hand, it’s only Friday, and we know we still have a lot of work to do."