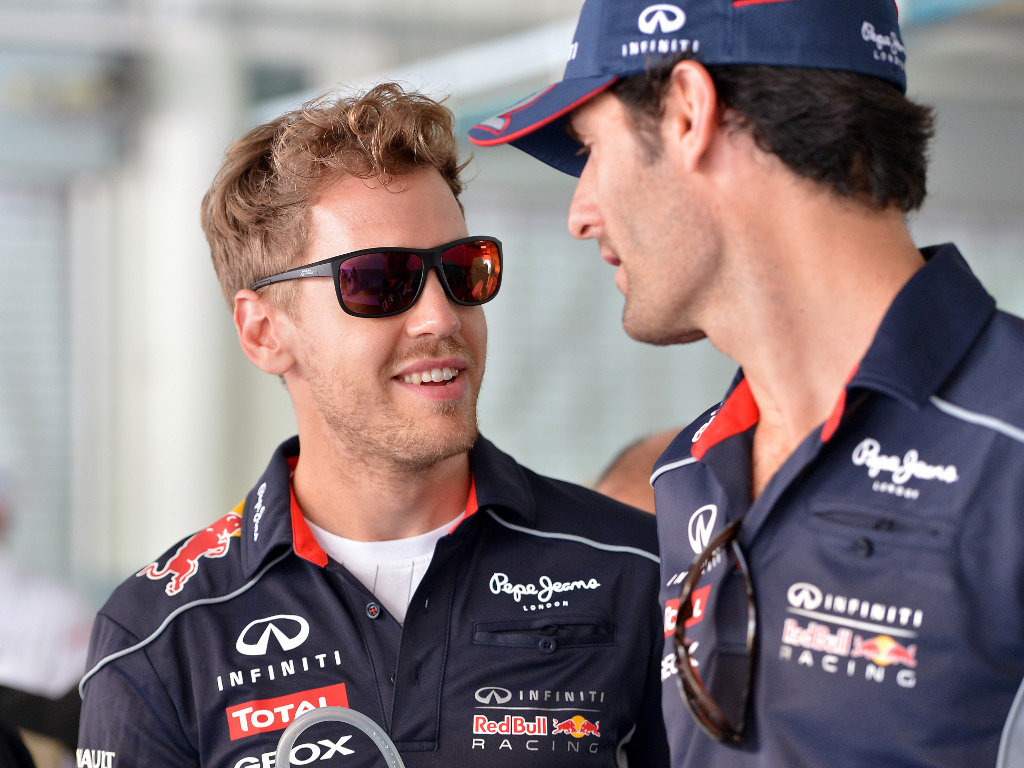 Sebastian Vettel has “enormous respect” for Mark Webber even in the midst of reports that the team-mates barely speak to each other.

Earlier this year, Vettel and Webber together ensured that Red Bull won their fourth successive Constructors’ title while Vettel himself claimed the Drivers’ crown.

It was the German’s fourth consecutive title and came courtesy of his tenth race win of this season.

However, it was his first that created the most headlines as he controversially snatched the victory from Webber in Malaysia when he disobeyed team orders to hold stations.

That was arguably the end of any remaining good will between the two however that doesn’t mean Vettel doesn’t respect the soon-to-be-retired Aussie as a driver.

“I think we always shared respect, especially on the track,” the 26-year-old revealed.

“Obviously when we’ve been fighting each other I don’t think it’s been lacking respect, each one of us respected the other guy inside the car and his abilities.

“As team-mates for the last five years we’ve got to know each other very, very well – meaning that I know his strengths and maybe the corners where I have a little bit of an advantage, and visa-versa.

“It has always been very, very close, maybe closer than what people remember. So I appreciated that and therefore I have enormous respect.

“You’ve got to be honest as well; we didn’t have the best relationship on a personal level if you look back, but in the end of the day we were very, very successful for the team as well winning four Constructors’ in a row. So we’ve made sure together that we’ve scored enough points for the team.”