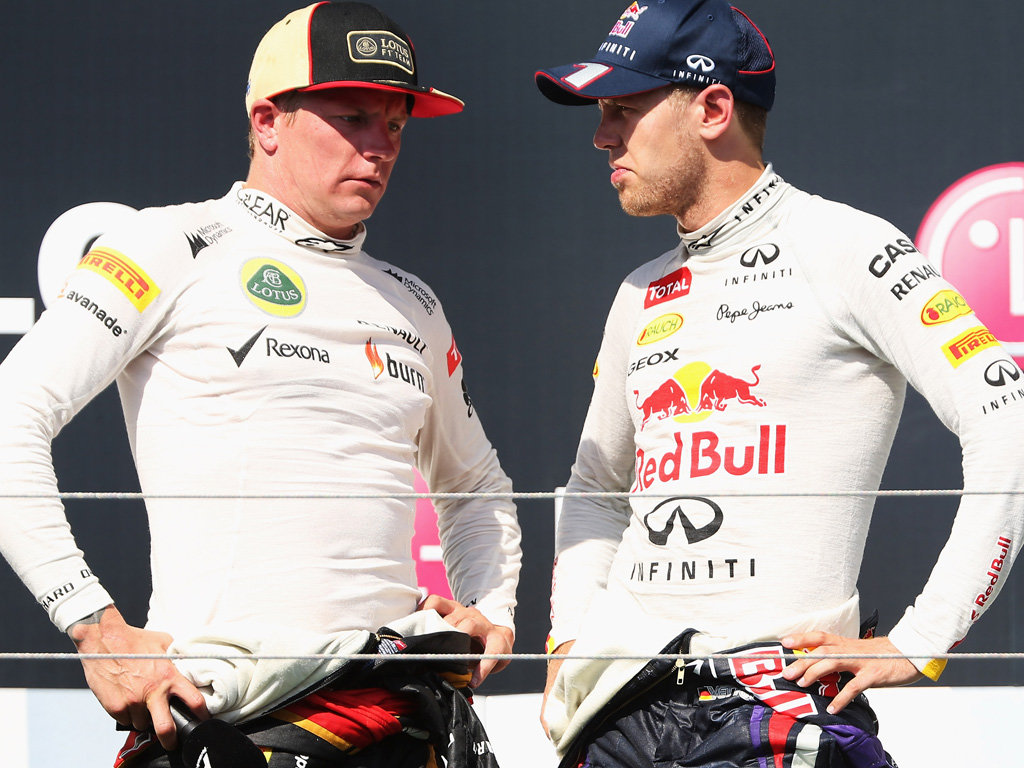 Christian Horner has revealed that Sebastian Vettel has not attempted to have a say in who will be his new Red Bull Racing team-mate in 2014.

Red Bull will bid farewell to Mark Webber at the end of this season and the race is on to see who will replace the Australian driver.

The early favourites to take the seat are Daniel Ricciardo and Kimi Raikkonen while in recent weeks Fernando Alonso has allegedly joined the running.

Alonso, though, is not believed to be a serious contender leaving it to Ricciardo and Raikkonen to battle it out.

As for which of the two Vettel would prefer to have as a team-mate, Horner reckons his reigning World Champion isn’t particularly fazed.

“I don’t think he minds to be honest,” the Red Bull team boss told Press Association.

“I don’t think Sebastian has any concerns about going up against any driver, and he hasn’t voiced a preference either way. He knows Kimi, he knows Daniel.

“Both are very quick drivers and would represent a challenge for him, but he has not looked to influence the team in any way as to which way we should be looking.”

However, should Red Bull opt for Raikkonen, it would put two number one drivers under the same stable. Horner, though, says that wouldn’t be a problem.

“Both drivers get the same opportunity,” he insisted.

The decision is expected to be mulled over during the summer break with Horner adamant that at the end of it Red Bull will have a line-up of two fast and strong drivers.

“Daniel is at the beginning of his career, but he has the speed, and the rest you won’t know until you put him in that situation.

“But we’ve a reasonable amount of information to make a decision.

“We obviously want the two fastest and strongest drivers we can put in the car for next year, and both Daniel and Kimi would represent extremely good options.”