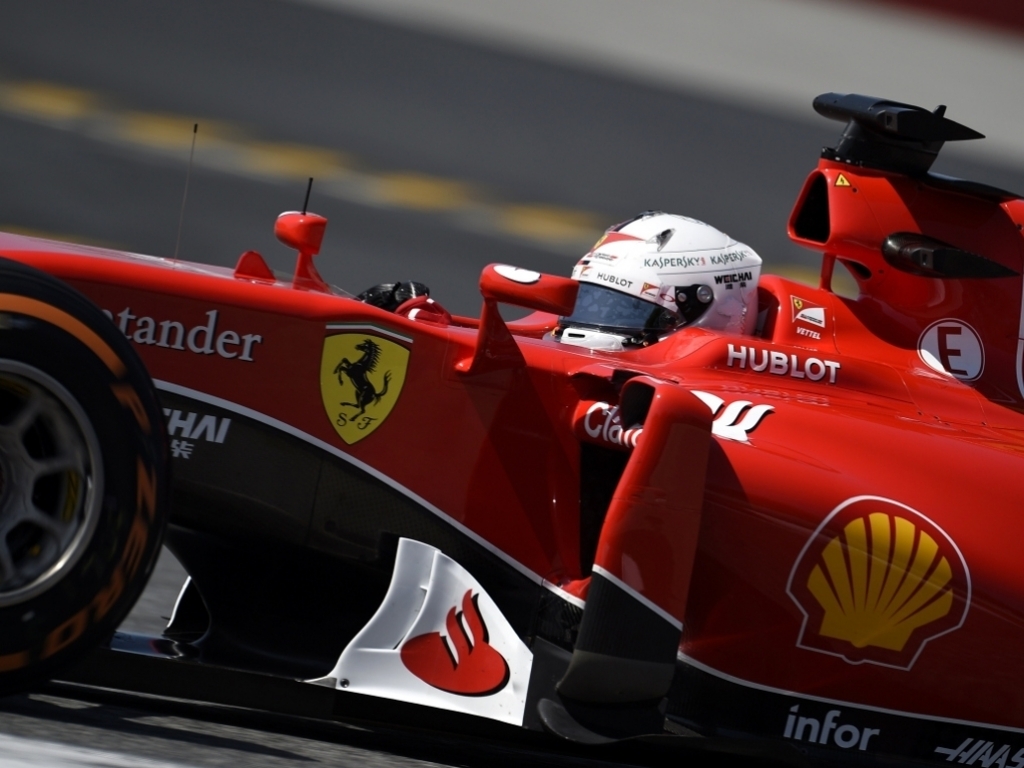 Sebastian Vettel is hoping to close up on the Mercedes drivers in Sunday's Spanish GP after finding the gap to be "bigger" than expected in qualifying.

While Nico Rosberg and Lewis Hamilton locked out the front row of the grid at the Barcelona circuit, Vettel was best of the rest in third place.

Driving his updated SF15-T, the Ferrari had hoped to challenge the Mercedes pairing but instead finished 0.777s off the pace.

"I think disappointed is the wrong word," he said in the post-qualifying press conference.

"I think it's great to keep confirming we are right behind them.

"I'd love to be a little bit closer especially for this race as it's a home race for one of our main sponsors, Santander.

"I'll hope for a good race but those two guys [the Mercedes drivers] are doing a good job and they are quick.

"I hope tomorrow we can be a bit closer."

The four-time World Champion reiterated his hopes later, saying that while they expected Mercedes would be strong, Ferrari had thought the gap would have been smaller than it is.

"I'm sure they have improved their car since then – but I think the conditions are completely different so we will see. It's true that the gap is there, the gap is probably a little bit bigger than it was the last couple of races.

"I don't think that's down to one thing only – I think there's always a lot of things you throw in the bag and maybe we are struggling a little bit more this weekend.

"I'm looking forward to seeing where we are tomorrow and then you can ask me again – hopefully."