Home Uncategorized Vettel humbled to be amongst F1 greats 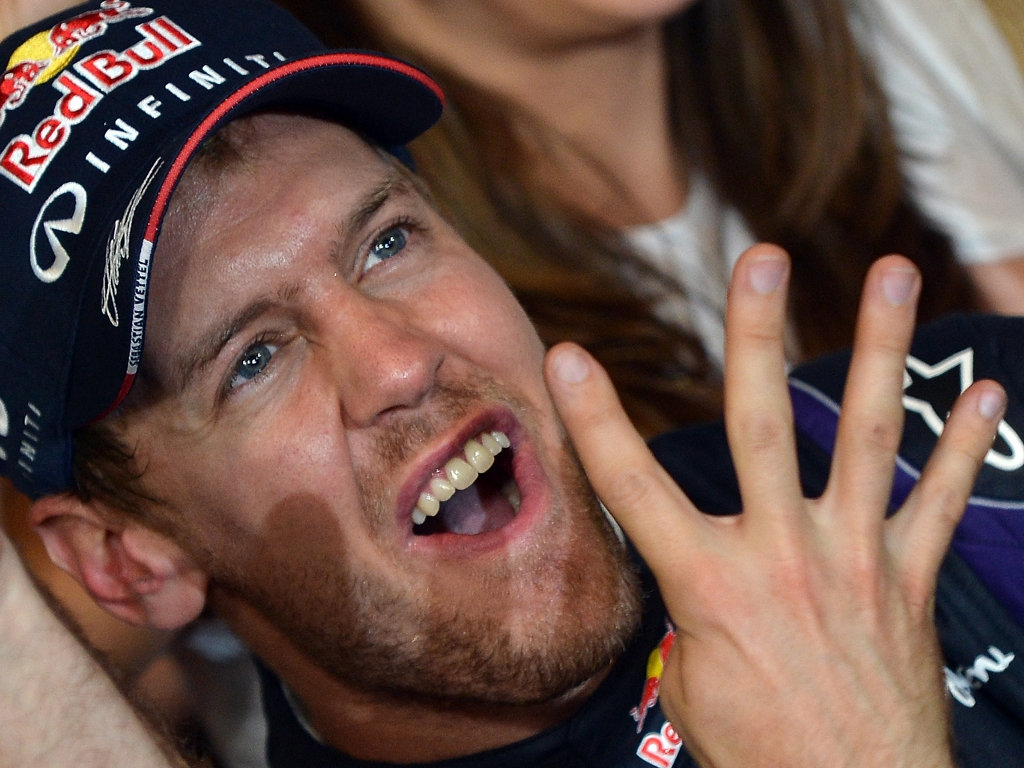 Sebastian Vettel is finding it hard to put into perspective what his fourth World title as he joined the greats of Juan Manuel Fangio and Michael Schumacher.

Vettel has been in blistering form of late, winning all six grands prix since Formula One returned from the summer break back in August.

His latest triumph, which came in Sunday’s Indian Grand Prix, handed him his fourth Drivers’ Championship with three races to spare.

And the German beat some big names and former World Champs on his way to the crown in the likes of Fernando Alonso, Kimi Raikkonen and Lewis Hamilton.

“It’s very difficult to, to understand. Put it this way, I was watching TV, I was watching Formula One when Fernando started to win races and now I’m racing Fernando, he’s been my toughest opponent for the last couple of years.

“I think he’s extremely talented, very gifted behind the wheel, for sure. He’s Spanish, he’s very passionate, one way and the other.

Vettel’s success saw him a join an elite list of drivers to have won four titles that includes just Fangio, Schumacher and Alain Prost.

And although from the outside looking in it is a phenomenal accomplishment, Vettel is struggling to wrap his head around it.

“Fangio put the number of five titles, everybody appreciated him as the best driver in the world. Michael came along a couple of years later or… couple of years! Quite many years later. Different time, different era of the sport.

“Don’t get me wrong, I’m just talking as a fan of the sport, you know? Yes, he had a very dominant car but he created that at Ferrari, you know? He was working very hard, arguably harder than everybody else. He had some tough challenges coming in and going out: people like Montoya, David, Kimi, Fernando. It’s incredible that one guy managed to actually score more championships than this guy did.

“Unfortunately Fangio passed away but when you speak to true legends of the sport, in my opinion, like Stirling Moss, they actually have the guts to say that… this guy was better than me, he deserved to win and Stirling Moss for sure was not a… he finished twice, I don’t know how many times, three/four times in the Championship?

“To join people like that: Michael, Fangio, Prost is very difficult to put into perspective. I’m way too young to understand what it means. I might be sixty one day, maybe then I will understand but nobody cares any more. I care, it’s difficult to realise something that nobody can take away from you, basically.”