Home Uncategorized Vettel: I cried under the helmet 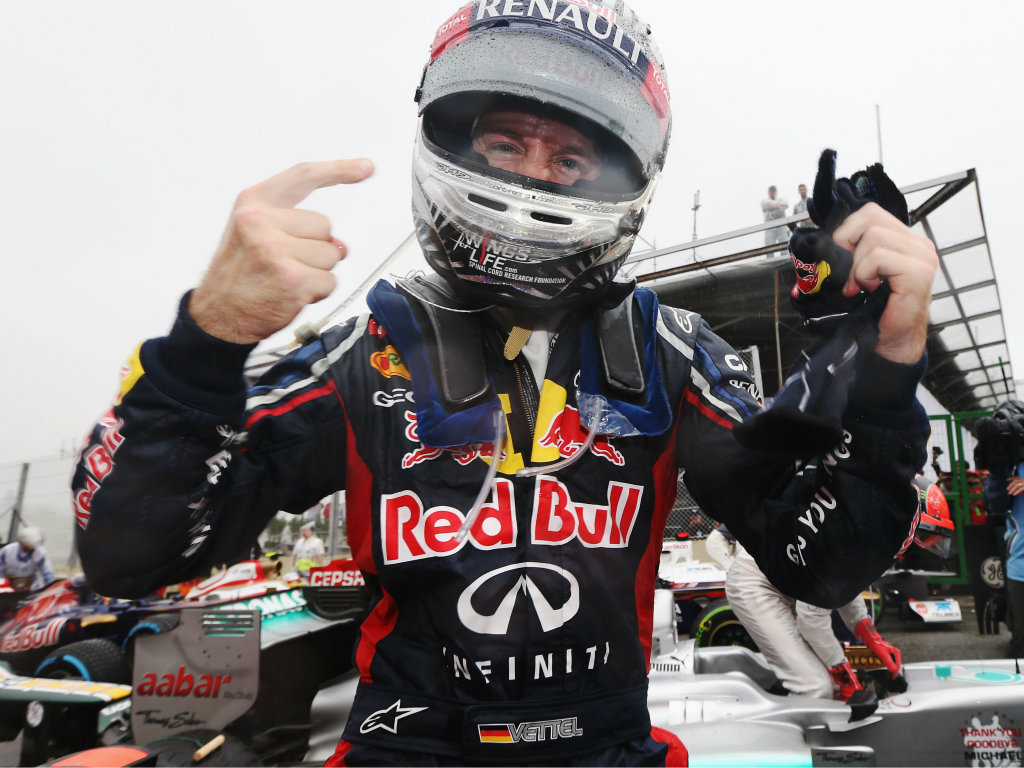 Sebastian Vettel admits he was happy that his radio was broken on Sunday as it meant nobody could hear his “wailing” after he won the title.

The German overcame a first-lap collision at the Brazilian Grand Prix to secure his third consecutive Drivers’ Championship, becoming the youngest triple World Champion in the process.

The 25-year-old, whose radio transmission to the pit wall was lost midway through the race, says he was weeping once he crossed the finish line and it all sunk in.

“I cried under my helmet,” he told Germany’s Bild, adding: “Thank God the radio was broken so nobody could hear my wailing like in 2010.”

“Right up until the end I really didn’t know if it would be enough.”

It was the second time in three years that Vettel had to wait until the final race of the season to win the Championship as he endured a similar experience in the United Arab Emirates two years ago.

“I saw images from much earlier, when I was a child sitting in a go-kart… it was like in Abu Dhabi in 2010,” he said. “And at the same time you’re still in the middle of the race.”

As for whether or not he wants to be a role model, he said: “Of course I’m in the spotlight and of course people have expectations. I’m not a saint but I was brought up to be honest… I want to look in the mirror and say: ‘I like what I see’. And I can do that.”

His hat-trick of titles means he is now just four Championships behind Michael Schumacher, but he doesn’t want to be compared with his compatriot.

“Schumacher’s records are still unbelievably far away. Comparing me to him is nonsense,” he said.