Home Uncategorized Vettel: I had just enough to jump Lewis 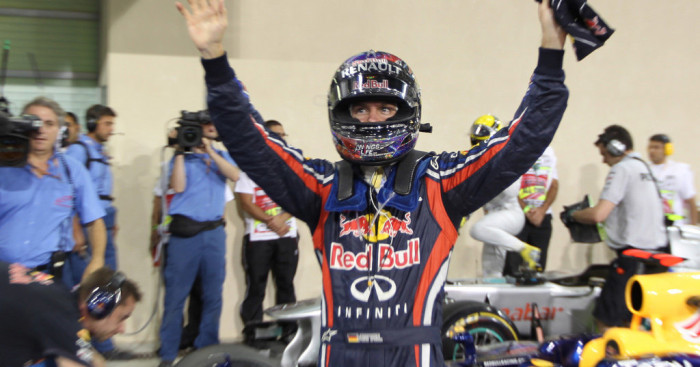 Sebastian Vettel says he had “just enough” in reserve to get the jump on Lewis Hamilton and take his 14th pole position of the season….

Sebastian Vettel says he had “just enough” in reserve to get the jump on Lewis Hamilton and take his 14th pole position of the season.

Despite lagging behind the McLarens in all three practice sessions and in the first two qualifying segments, both of which were headed by Hamilton, Vettel came to the fore in Q3.

The Red Bull racer pulled it out of the bag, posting a 1:38.481 under lights at the Yas Marina circuit, pipping Hamilton by 0.141s.

It was an impressive turn around in form for the reigning World Champ, who had struggled for pace in the earlier practice sessions, which included a small crash in FP2.

“On Friday I wasn’t very happy with the car. We thought there was more in the car but we couldn’t really get to it,” the German revealed.

“This afternoon was quite a bit better, but this place is tricky in many ways. You practice in day conditions when the sun is up and the track is hot. Then in qualifying it’s getting dark and cool, so the car behaves differently.”

And differently seemed to equate to better for the 24-year-old as his final flying lap saw him secure his 14th pole position of this Championship.

“In qualifying I had a much better feeling, especially on the soft tyres.

“It is difficult getting everything into one lap – it’s a long lap and there’s plenty of opportunities to gain time, but a little mistake and it’s easy to lose time. I wasn’t so happy with my first run in Q3, but I was happy with my second.

“All in all, I had just enough to jump ahead of Lewis, who has been strong all weekend.”