Home Uncategorized Vettel: I knew my RB7 had it 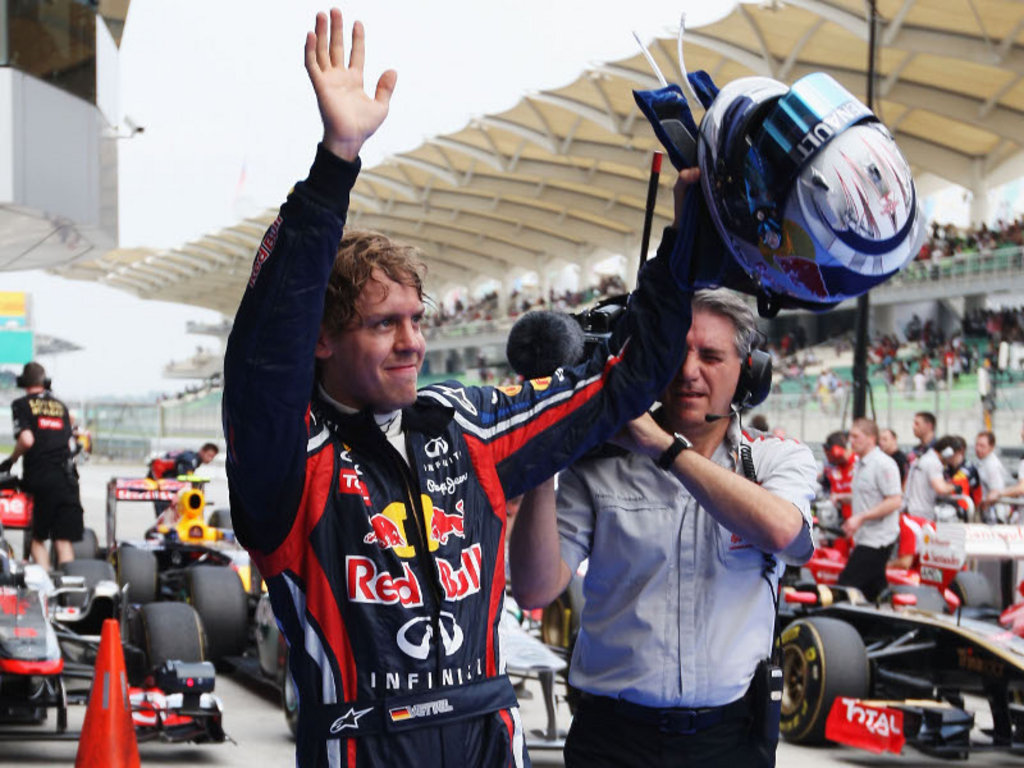 Sebastian Vettel admits he would not have pipped Lewis Hamilton to pole in Malaysia had it not been for his Red Bull’s KERS.

The reigning World Champion’s title defence got off to the best start possible in Australia where he claimed pole position and the race victory.

However, he had to achieve both without the added KERS power-boost as Red Bull ran into a few issues with their unit.

But, after using the unit in Friday’s practice at Sepang, the team opted to continue with it on Saturday where Vettel narrowly beat Hamilton to pole position by 0.104s.

And the German concedes that would not have been possible without KERS.

“I would say so, definitely it was quite a challenging weekend until qualifying,” said Vettel.

“I was happy with the car but we never got into a rhythm so yesterday was not as smooth as we hoped for and also this morning we knew we had it in the car, the main thing was believing in it.

“We got criticism last time for not running it (KERS) and we came here and solved most of our problems and I think if we would not have it today then we would not be here, both of us, so it is a great achievement, compliments to those guys. We are pleased.”

Qualifying, though, was the first time this weekend that Vettel had topped a session, admitting that it had not been the “smooth” build-up he would have wanted.

“It was not a particular problem with the car, nothing broke down. It was not smooth, we did not have the laps we wanted. A little bit of traffic, I did mistakes, so it did not come together as nicely. Now we focus on tomorrow.”

Meanwhile, team boss Christian Horner confirmed that both his drivers had used KERS in qualifying, although Mark Webber had an issue with his unit.

“In all honesty, no I didn’t expect it. An absolutely fantastic lap from Seb,” he told the BBC.

“The McLarens have been quick all weekend. Mark had a little KERS alarm that we’re looking at, but I don’t think it was anything significant.”

Webber qualified in third place for the Malaysian GP, 0.309s behind his team-mate.