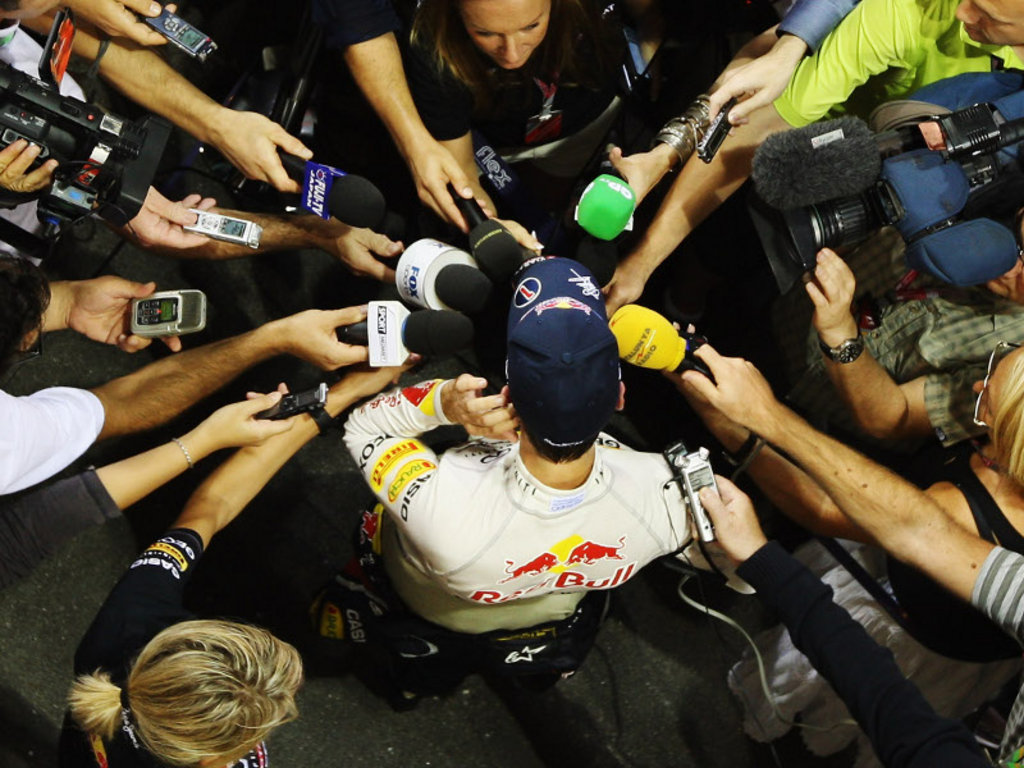 Sebastian Vettel reckons he’s going to face some tough opposition this weekend in Singapore as he seeks his ninth win and the World title.

The Red Bull racer, who needs to outscore Fernando Alonso by 13 points and Mark Webber and Jenson Button by just eight to secure the title, got his quest off to the best possible start on Friday.

Vettel, on the supersoft Pirelli tyres, set the pace in second practice, posting a 1:46.374 to edge Fernando Alonso by 0.201s.

The German was also quickest on the harder option rubber, leading the way before the drivers swapped to the option tyres.

But despite dominating the late night session, the 24-year-old believes he won’t have it all his own way this weekend.

“I wouldn’t call it advantage, I think it looked pretty tight,” Vettel told Autosport. “It depends where and when and who was out, we have to wait and see.

“It is Friday. Tomorrow is Saturday and we worry about FP3. Then qualifying and then the race. The feeling in the car was alright. We have to see. We have to look how the others were, do our homework tonight and then see what we can do tomorrow.

“We did work quite a bit, the car was good though. The baseline was not too bad, I think we can still have to make a good step overnight so now we see what the others did and we will do our homework.”

As for his rivals, Vettel says Ferrari are looking good after Alonso finished with the second fastest time while it is difficult to judge McLaren’s pace given Jenson Button’s gearbox issue.

“I don’t know. I didn’t have as much time as you to look at the times so I was busy when I was on the track, but surely Ferrari looked quite competitive, Felipe as well at some stage, so we need to see.

“Jenson didn’t have the best day today so we see what happens tomorrow.”