Home Uncategorized Vettel: I was a bit keen too early 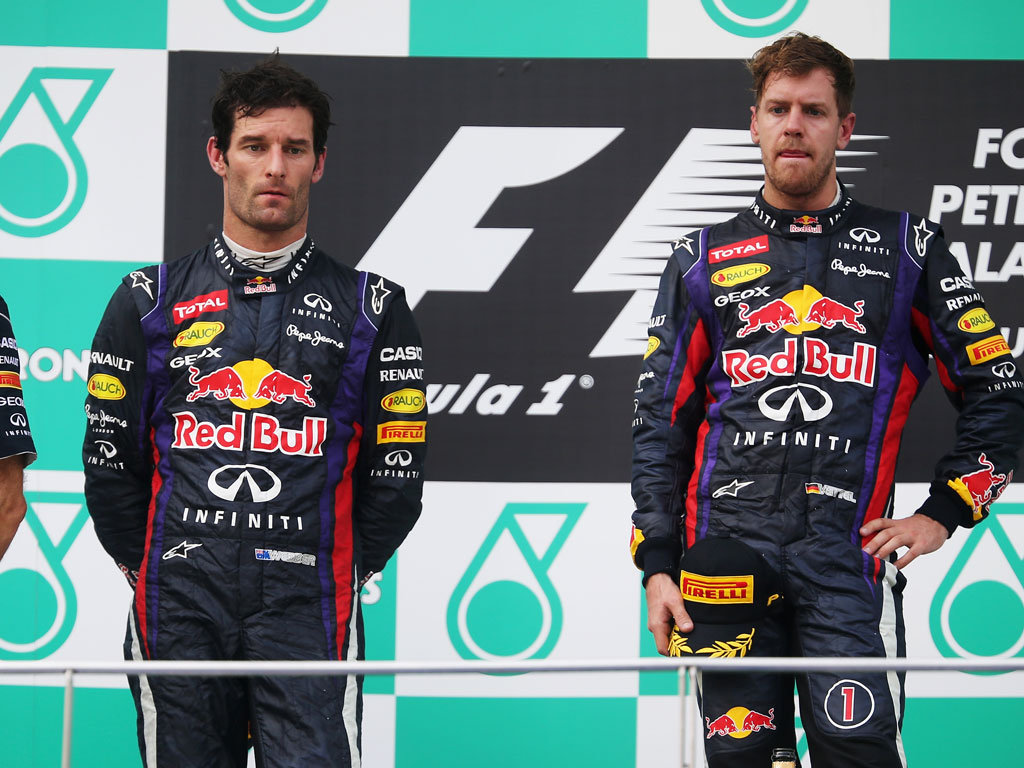 Sebastian Vettel walked away with the Sepang win, but he didn’t do himself any favours en route as he drew the ire of Mark Webber…

Sebastian Vettel walked away with the Malaysian GP victory, but he didn’t do himself any favours en route to that win as he drew the ire of Mark Webber.

The German started second on the grid, but he found himself behind Red Bull team-mate Webber after the first round of pit stops.

He was stuck there for quite some time was told to hold station by the pit wall, but he then decided to take matters into his own hands with 10 laps still to go.

He had a royal tussle with Webber and, although they nearly made contact on the start-finish line, he managed to get ahead of the Australian before easing to the race win.

It was a pretty tense affair on the podium after the race with an unhappy Webber saying “Seb made his own decisions and will have protection as usual”.

Vettel admitted that he didn’t quite follow team orders when he overtook the Australian.

“It was very close, wheel-to-wheel racing, there wasn’t much room and it was a tight battle,” he said in the post-race interviews.

“I was a bit keen too early on but I enjoyed the fight and had the upper hand in the end. It was a very close race. I wasn’t too sure about the race plan but it worked in the end.

“It’s is very hot but if we have something to say it will be said in private. I think we both enjoyed it, obviously I am standing in the middle so I enjoyed it a bit more.”