Home Uncategorized Vettel: I was happy to take the risk 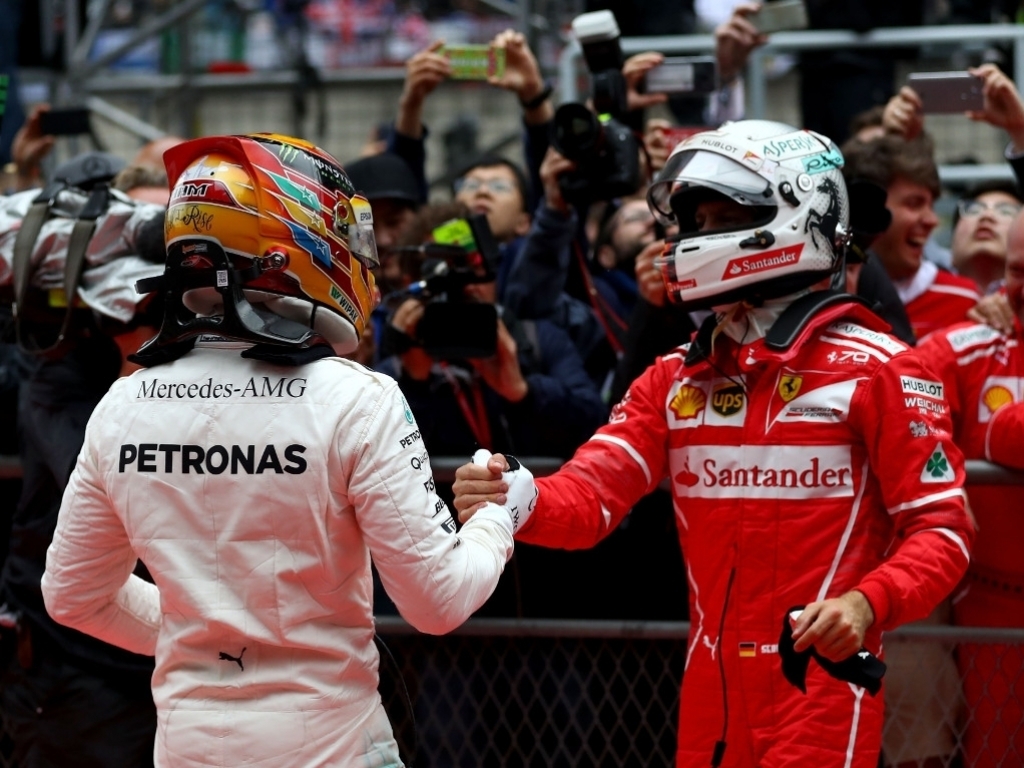 Although Sebastian Vettel’s decision to swap to dry tyres under the VSC did not pay off, the Ferrari driver insists it was a risk that he was “happy” to take.

Vettel arrived on the Chinese Grand Prix grid as the leader of the Drivers’ Championship but will leave Shanghai tied with Lewis Hamilton on 43 points as they both have one victory and one P2 to their tally.

In a reverse of the Australian GP result, this time it was Hamilton who triumphed after the decision to pit Vettel early did not pay off.

The German was first of the front-runners to pit on Sunday as he swapped his inters for softs under the early Virtual Safety Car. That dropped him from second to sixth.

However, with the Safety Car proper out shortly after, those ahead of Vettel all pitted thus compromising his strategy.

It was, however, a risk that Vettel was happy to take.

“My start was OK then I realised that the intermediates had quite a lot of degradation on some parts of the track so I knew they wouldn’t last.

“I was happy to take the risk.

“Under Virtual Safety Car you save a bit of time and then the Safety Car came as I was feeling the dry tyres were a bit quicker so I couldn’t use the momentum, the advantage, and I obviously lost a lot of places.

“But I had a really exciting race.”

The four-time World Champion recovered to finish the grand prix in second place, 6.2s behind Hamilton.

“I got stuck a little bit in the train for a while but then I finally made the move and tried to chase Lewis down but every time I put a lap in, he was able to respond.

“We were matched and it could have been a different race.”

As for his paint-scrapping clash with Daniel Ricciardo, Vettel spoke of that tussle with a huge grin as he enjoyed that pass on his former team-mate.

“I touched wheels with Daniel,” he said.

“I was stuck behind the train, a bit angry, annoyed and felt I could do faster.

“I saw him blocking down the inside so I braked really late and really hard and fortunately he didn’t lock up.

“On the exit I was compromised, put my elbows out and had the inside at the next corner.”