Home Uncategorized Vettel: I’m not as dominant as Schu 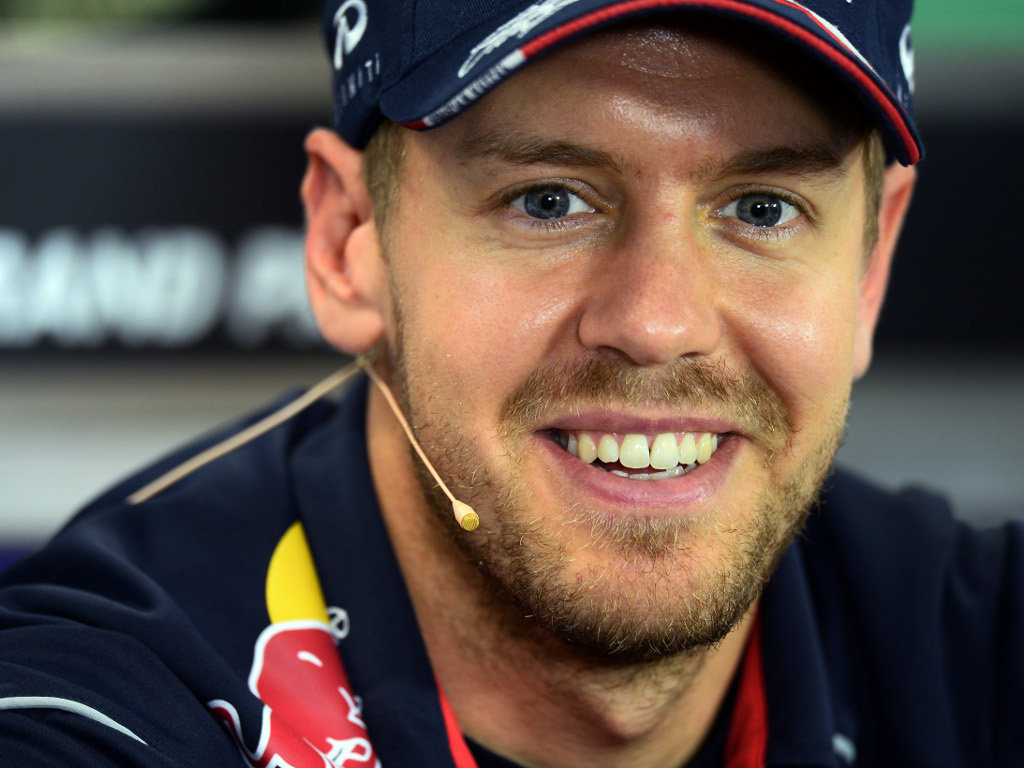 Despite being on the verge of wrapping up his fourth successive Drivers’ title, Sebastian Vettel insists he’s not as dominant as Michael Schumacher…

Despite being on the verge of wrapping up his fourth successive Drivers’ title, Sebastian Vettel insists he’s not as dominant as Michael Schumacher.

Should he win Sunday’s Japanese GP and Fernando Alonso finish ninth or worse, Vettel will join the ranks of Schumacher and Juan Manuel Fangio as the only drivers to win four titles on the trot.

However, Vettel’s era of dominance has been billed by some as boring as just this season alone he has won eight of 14 grands prix and arrived in Japan on the back of four successive race wins.

The German, though, is adamant he’s not as dominant – or as boring – as the days in the early 2000s when Schumacher was leaps ahead of the competition.

“I think it’s very different,” he said during Thursday’s FIA press conference. “I think there’s probably one race which was a bit of an exception.

“If you take Singapore, the gaps we had and were able to build up were incredible, to lap two seconds quicker than the cars behind us, but obviously it depends on who was behind us at the time and which tyres (they had) and so on.

“If you take Korea which I think is more similar to Spa, the gap was something between three and six seconds for the whole race.

“If you look at ten years ago, it was more like thirty to sixty seconds which is a big difference.

“Don’t get me wrong, it’s a nice cushion to have in the car, when you see that you’re three seconds down the road, but equally you know that if you make one stupid mistake – in Korea, for example, a lock-up which was very likely and three seconds is nothing compared to thirty or sixty.”

The German billed Red Bull Racing’s success down to the team’s hard work especially after getting the upper hand over Mercedes who had led the way in qualifying earlier in the year.

“I think it’s right to say that we had a very strong car from the beginning of the season, strong enough to always finish in a very very strong position on Sunday afternoon,” he said.

“Lately, I think we’ve been very strong in qualifying as well whereas at the beginning of the year Mercedes definitely seemed to have the upper hand.

“I think there’s no real explanation from our side, there’s not one part that went on the car and all of a sudden it was that much quicker. I think we were able to improve the car so that arriving at Spa the car was better than it was in Hungary.

“Since then, we’ve just tried again to improve, there’s new bits coming every race weekend, even though sometimes it’s a very small package, but even so, we’re pushing very hard, trying to improve the car.

“I’m sure the others do the same but it seems that we’ve had lots of good parts coming lately and making the car quicker.”