Home Uncategorized Vettel in it for the ‘love’ of racing 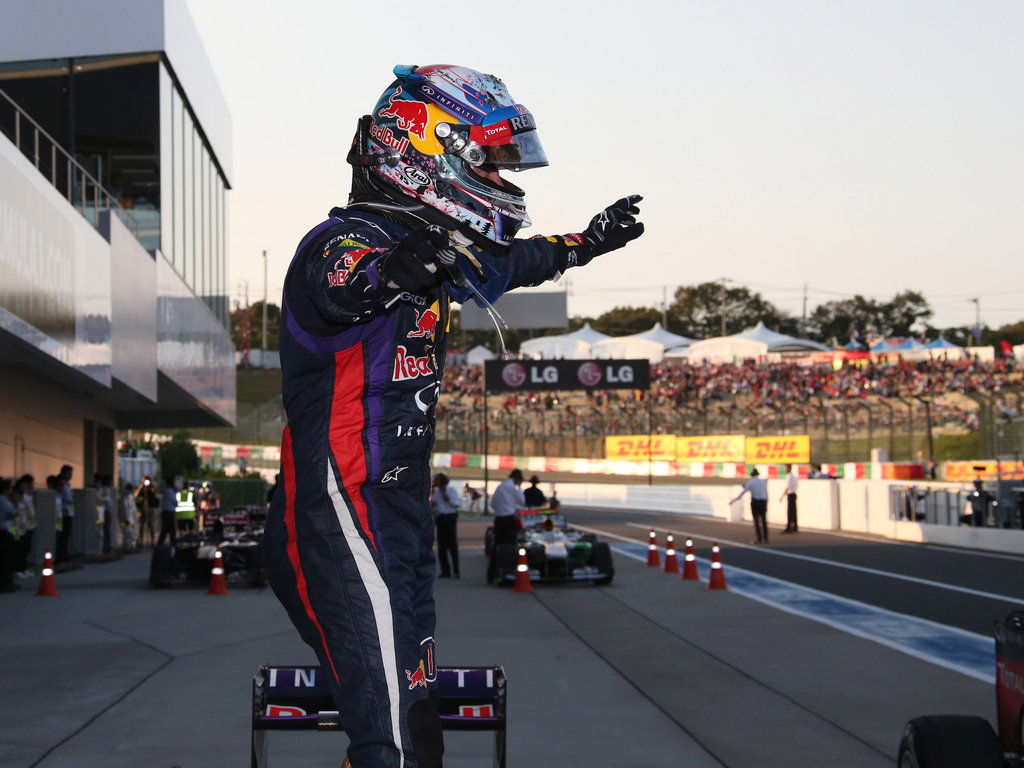 As he stands on the brink of a fourth World title, Sebastian Vettel says he’s still “enjoying the fact” that he’s in F1…

As he stands on the brink of a fourth World title, Sebastian Vettel says he’s still “enjoying the fact” that he’s in F1.

Having claimed his fifth victory on the trot in Sunday’s Japanese Grand Prix, the Red Bull racer could realistically wrap up his fourth Drivers’ Championship title next time out in India.

Should Vettel finish inside the top five the crown will be his while he would also secure it if Fernando Alonso scores 10 points or less.

And although Vettel admits he thoroughly enjoys winning and racking up the trophies, the 26-year-old says he is still in it for his love of racing.

“You know, I love racing,” he said. “When I was small, I was dreaming about Formula One and honestly never thought that one day I would be able to test one of these cars.

“First time I tested the car, it was… Mark drove in the morning, I drove in the afternoon. I shit myself the first couple of laps and I thought, alright, that’s for real men, not for me. Then I got used to it and obviously wanted to do more.

“A couple of years later, obviously I had the chance to get a drive, Red Bull gave me the chance at Toro Rosso to get some races.

“It’s incredible what’s happened over the last couple of years but nothing has changed in the way that I still love racing, I love the challenge.

“I’m still nervous when I wake up on Sunday, still excited when I walk on the grid and tense, looking forward to the race. Enjoying – not the numbers – but enjoying the fact that I’m racing and a great crowd, a fantastic day.

“As I said, I think it would be a shame if you were too tense and if you tried to force things too much. I think you have to allow yourself to enjoy it because this is not normal, it doesn’t happen to everyone. I think I’m very fortunate that I’m one of these 22/24 guys in Formula One.

“As I said, we leave the hotel, great respect from the fans, they’re cheering, they’re shouting our names and it’s just great. That’s what I’m looking forward to most, obviously try to do it again. I love trophies so I don’t mind collecting a few either!”