Home Uncategorized Vettel in no rush to secure fourth title 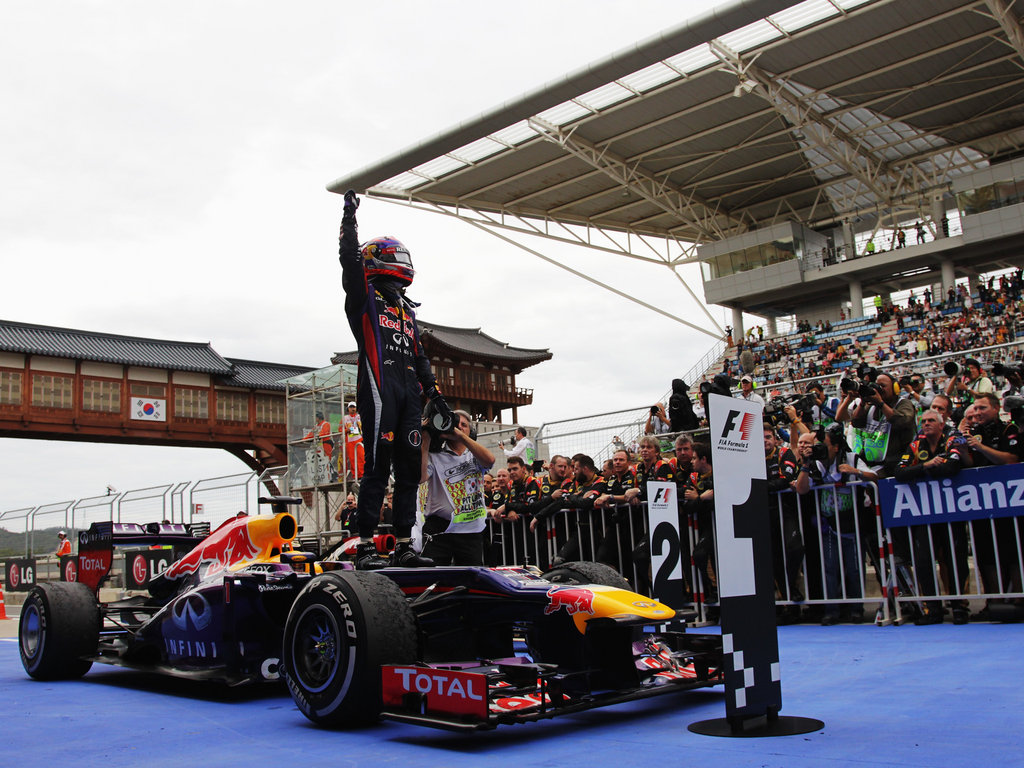 Sebastian Vettel is adamant he’s not focused on the World title despite taking a massive step towards his fourth with his victory in Korea.

The German has been phenomenal in the second half of this season, winning all four grands prix since the summer break.

Taking his fourth in a row in Korea on Sunday afternoon, the triple World moved closer to yet another title as he now holds a 77-point lead over Fernando Alonso with 125 still to play for.

Vettel, though, insists he’s in no hurry to wrap it up.

“I am not trying to think about it, to be honest,” the Red Bull racer told Autosport.

“I try to focus more on the present. I think we had an incredible chance two years ago to do so [at Suzuka], and we did it, but there are still a lot of points to get.

“Even though it looks very good for us there is still a chance for Fernando, so we have to stay on top of our game, but to be honest, we are just having a good time.

“We enjoy the fact the team is working really well, the car is working. It is on the edge, more so than you think from the outside, but it’s nice when you get results like Singapore or this weekend

“I don’t really care [when I win the title]. I look forward to Japan because it is one of the nicest tracks of the season.”

As for his Korean Grand Prix, Vettel believes it was closer than it looked with the two Lotus drivers who finished second and third with Kimi Raikkonen ahead of Romain Grosjean.

“I think it was close. Lotus probably had more range today, I think we had more pace initially.

“I think Romain could have afforded to pit early and maybe we could not have reacted to that.

“I think it would have been close without the Safety Car, but in the end, Kimi was quite consistent, and we had two or three tenths on hand.”