Home Uncategorized Vettel: In the heat we kept our cool 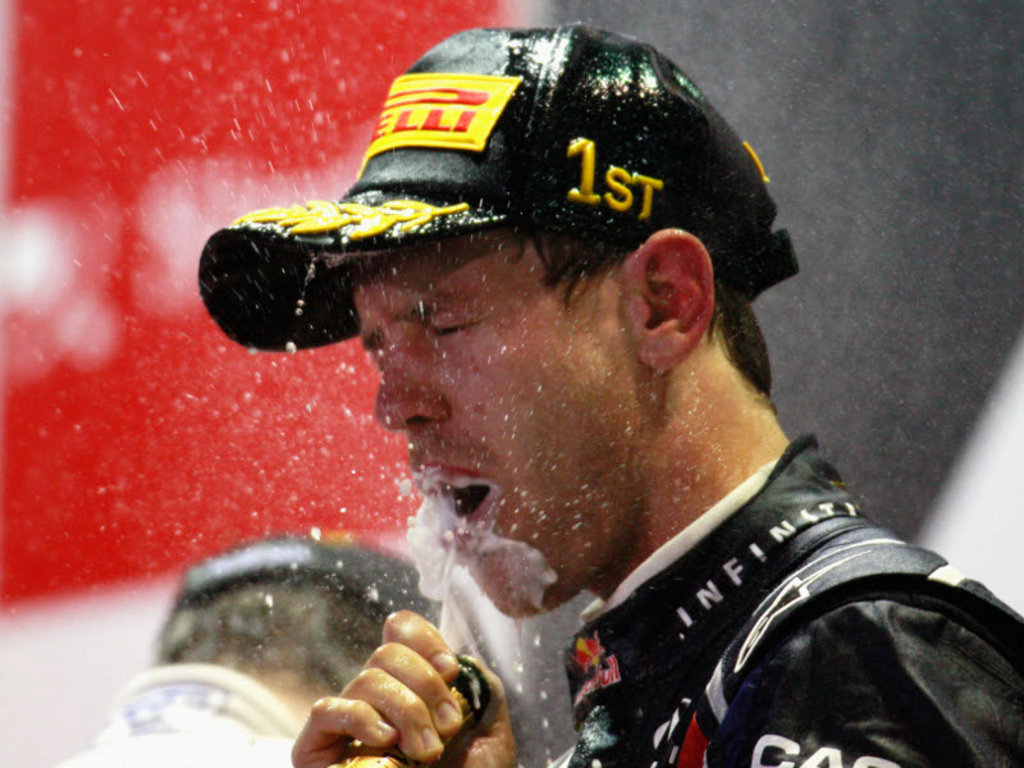 Although Sebastian Vettel stopped short of saying his win was never under threat, the German says he was “comfortable” in Singapore…

Although Sebastian Vettel stopped short of saying his win was never under threat from Jenson Button, the German says he was “comfortable” in Singapore.

Starting from pole position for the 11th time this season, Vettel stormed away at the front almost a second quicker than his nearest rival Jenson Button over the opening 14 laps.

The Red Bull driver continued to bang in fastest lap after fastest lap as he built up his lead and after each pit stop it was more of the same.

It was also more of the same after the Safety Car was brought out for Michael Schumacher’s heavy accident.

The German again pulled away, this time thanks to three backmarker cars lining up between himself and Button. But with the backmarkers out of the way and the grand prix entering its final 10 laps, Button began to close the gap on Vettel.

What had been over 10 seconds was just 1.737s as Vettel took the chequered flag with Button right behind him.

However, the German says he was never worried about Button mounting a genuine challenge.

“First of all I’m first of all the car was fantastic all the way through. When we had to push and pull away we were able to,” said the 24-year-old.

“The Safety Car didn’t fit to our plan but I had good restart and was able to get back into my rhythm straight away.

“I was lucky there were backmarkers between myself and Jenson at the restart and I was able to pull away.

“But all in all fantastic result. I love the track and I love the challenge. Last year I finished second to Fernando, this year it’s great to come back and get the job done.

“We can be proud of ourselves again. In the heat we kept our heads cool.

“The car was fantastic and we were comfortable through the race.”

As for the Championship, the German is now a point away from his second World title. Asked about it in the post-race press conference he said: “Yeah, it looks like we will have another chance at the next race.”

Meanwhile, team boss Christian Horner says the only reason Button even got close was because Vettel backed off.

“Seb was so dominant in the first half of the race. At the end he took no risks, we wound the engine down, he was careful going through the traffic,” he told the BBC.

“Jenson pushed but I’m sure Seb could’ve responded if he needed to.

“It’s every member of the team doing their bit. This is our shop window but we have many staff doing their bit behind the scenes. It has been a great season and we want to end it in style.”