Home Uncategorized Vettel: It felt like I was flying 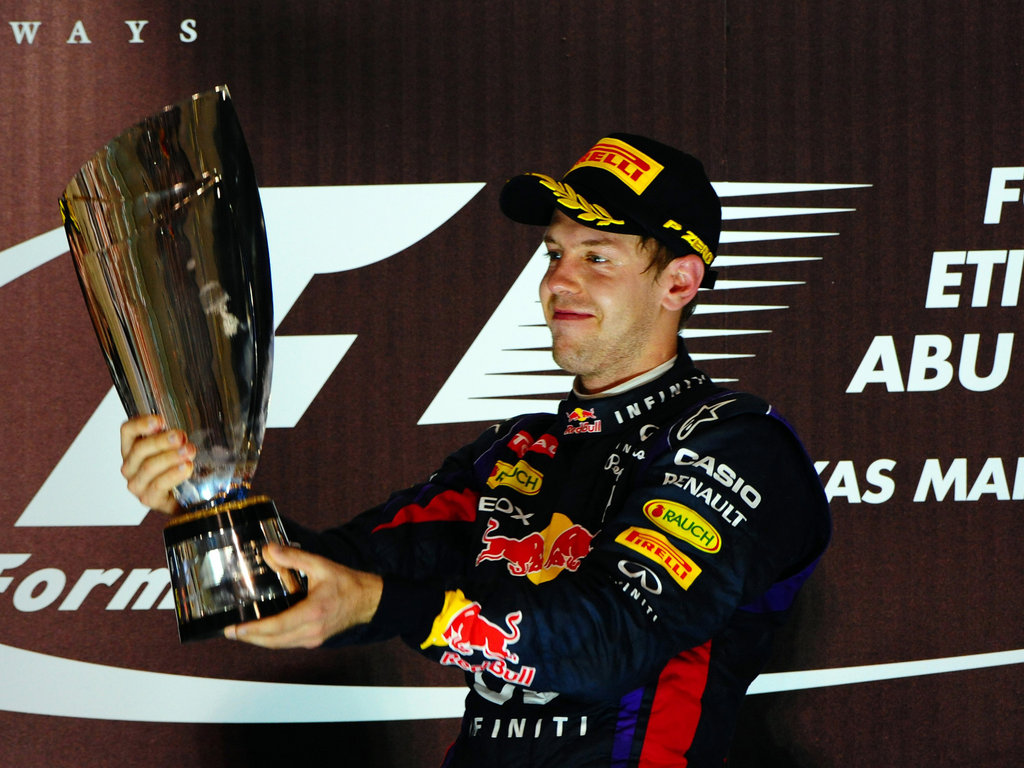 Sebastian Vettel was in such a class of his own in Abu Dhabi that he felt he was flying at some stages.

The four-time World Champion started second on the grid next to his team-mate Mark Webber, but he was in the lead at the first corner and never relinquished that position.

He went on to lead every lap of the race as his two pits stops were a lot later than the other drivers and on both occasions he managed to return to the track in first place.

He eventually finished 30.8s ahead of Webber to secure his seventh race win in a row and 11th of the season, and needless to say he felt he was in a different world.

“I was flying at some stages – at least it felt like it – massive gaps, a big surprise so really thanks to the team. Thanks to Renault as well; a lot of our success is also down to them. They’re doing a very, very good job and I hope that next year we’ll have an engine that is as powerful and reliable as this year’s.”

Asked how he managed to do so well on the soft tyres early in the race, Vettel joked: “I don’t know if there’s a secret. I’ve got traction control; at least that’s what they said three or four races ago!

“These tyres are difficult to drive, extremely sensitive. It helps when you are in free air and not so much in traffic, but somehow we got the hang of it more and more towards the end of the year by looking after them and really listening to them. So being able to extract maybe a little bit more performance than the other guys.”

The 26-year-old parents were at the Yas Marina Circuit to witness his latest success and he was quick to pay tribute to them after the race.

“It means a lot. Obviously I spent most of my time racing in front of them when I was a small kid. Now they are a little bit bigger toys and more people watching but it’s very special to me that they were here this weekend,” he said.

“I love them very much and want to dedicate the win today to them. I think I learned a lot of good things from them and one day if I have kids I want to pass exactly these things on.”