Home Uncategorized Vettel: It was nothing major 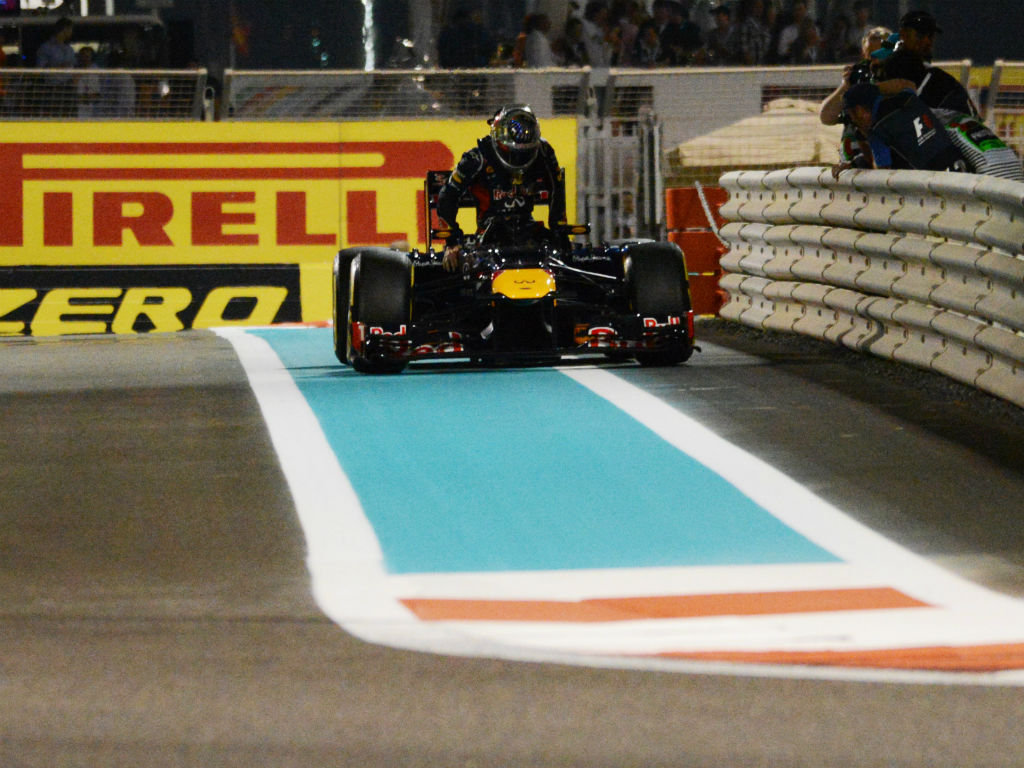 Sebastian Vettel has downplayed his car issues in Abu Dhabi on Saturday even though Red Bull have yet to establish the cause.

Having claimed third on the grid at the Yas Marina circuit, Vettel failed to make it back to the pits, stopping his RB8 on the side of the track.

“I don’t know why I had to stop, I was asked to stop,” said the German. “It was probably some problem but it shouldn’t be something major.”

His team boss Christian Horner was also in the dark as to the reason but did reveal that the order to park had come from engine suppliers Renault.

“I’m not quite sure at the moment,” Horner told Sky Sports.

“We’ve got an issue and Renault asked us to stop the car and that’s what we did. Until I get more info I can’t really say much more. It could be one of many, many things.”

The qualifying problem, though, was not Vettel’s only issue of the day as he also missed the bulk of final practice with a brake issues.

But despite having just six minutes on track prior to qualifying, Vettel was quickly on the pace, finishing third quickest with a 1:41.073.

“Obviously this morning wasn’t ideal – not being able to run – and we didn’t get the answers we were hoping for,” said the reigning World Champ.

“Nevertheless, we were settling in quite well this afternoon and the pace was there, but McLaren, and in particular Lewis, are pretty quick so they were out of reach today.

“I’m not entirely happy with my qualifying and the last part of qualifying was quite tricky for me so I think I should have been a little bit quicker.

“Whether it would have been enough to beat Mark is obviously on a different sheet of paper, but all in all we can be quite happy.”

Looking ahead to Sunday’s Abu Dhabi GP, the Championship leader is expecting a strong showing.

“My race pace should be good tomorrow and as we know it’s a long race here and a lot of things can happen.”