Home Uncategorized Vettel: It’s going to be an interesting race 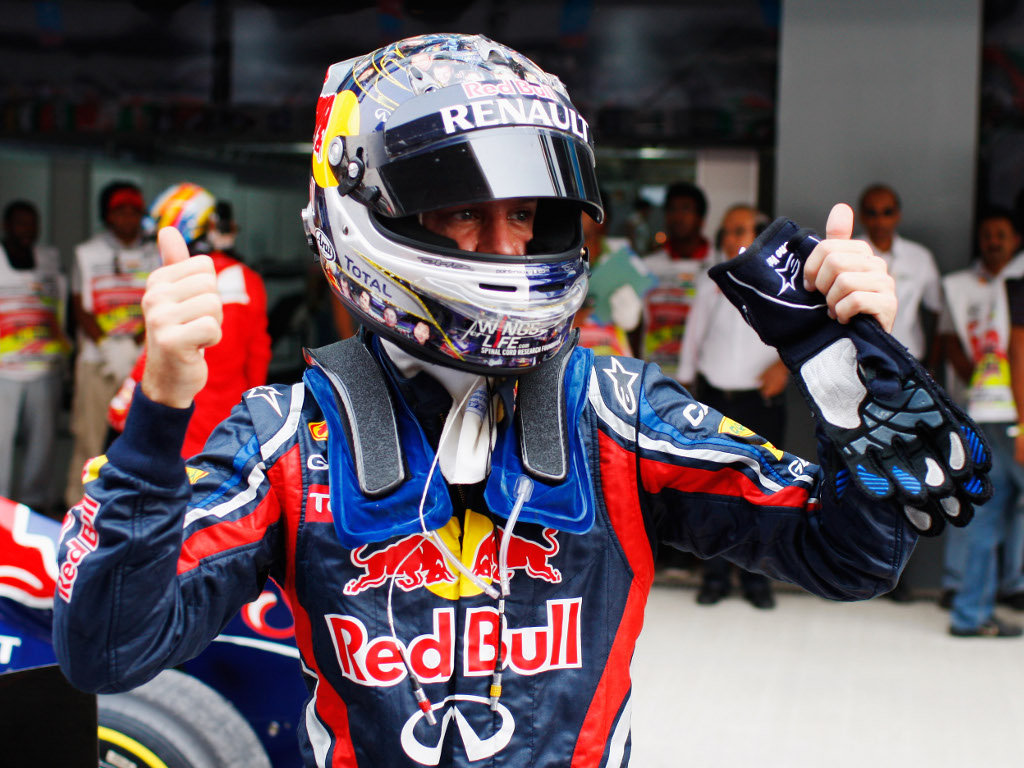 Sebastian Vettel once again appears to have a substantial edge on his rivals but he insists anything could happen come race day In India.

The German claimed pole for the inaugural Indian GP with a time of 1m24.178s, 0.296s faster than second placed Lewis Hamilton. It was the 13th time Vettel has topped the qualifying charts this season.

The World Champion admits that he has a “fantastic” car at his disposal but has warned against getting to carried away about possible scenarios for Sunday’s race, including allowing team-mate Mark Webber to take the win should the two be side by side.

“A great session for us and the car was fantastic,” he said.

“In the end the lap was fine but it wasn’t 100 per cent, a little bit here and there, but I think you always come out of the car thinking that maybe here and there you could have gained a bit of time. But overall very happy with the result. It is good to start the race from the front tomorrow and I think it is going to be an interesting race.”

Vettel spoke earlier in the week of his desire to see Webber secure a race win and there have been suggestions that should Red Bull have a one-two in the closing stages of the race, Vettel may let the Australian through. However, Vettel insists that first and foremost the team must get into a winning position.

“First we have to race, race hard, enjoy and then see where we are. I think Mark and myself we obviously target to win the race. Ideally, we want to finish in one-two so it is going to be an interesting race tomorrow,” he said.

For his part, Webber admits that he is more interested in race wins than finishing second in the title standings but that he most certainly doesn’t want to be gifted first place.

“Nothing will be different,” asserted the Australian.

“There’s been a lot of talk from the team but no talk from me. I don’t want any positions off Sebastian, for the remainder of the year. Nothing will change.”

It was clear in qualifying that as soon as drivers left the racing line they found themselves in a bit of trouble and Vettel admits it could be a bit of concern in terms of lapping backmarkers.

“Off-line it is quite dusty and depending on where you have to go off-line or where you are forced to go off-line to maybe lap another car to make a pass could be critical for the next couple of corners. It is not only you lose in that corner where you went off-line but also afterwards just to get the tyres back to the grip level you had before. In this regard it could be interesting, especially at the beginning of the race it will be quite slippery. We have seen that at the beginning of all the sessions.

“To be honest, once the dust had gone the asphalt is very, very grippy and the cars stick to the ground. All in all they did a great job. It is a new track and first time we have been other places there has always been a little bit here and a little bit there. I think it was not an easy project, but you don’t really see much of that apart from a bit of dust on the cars.”