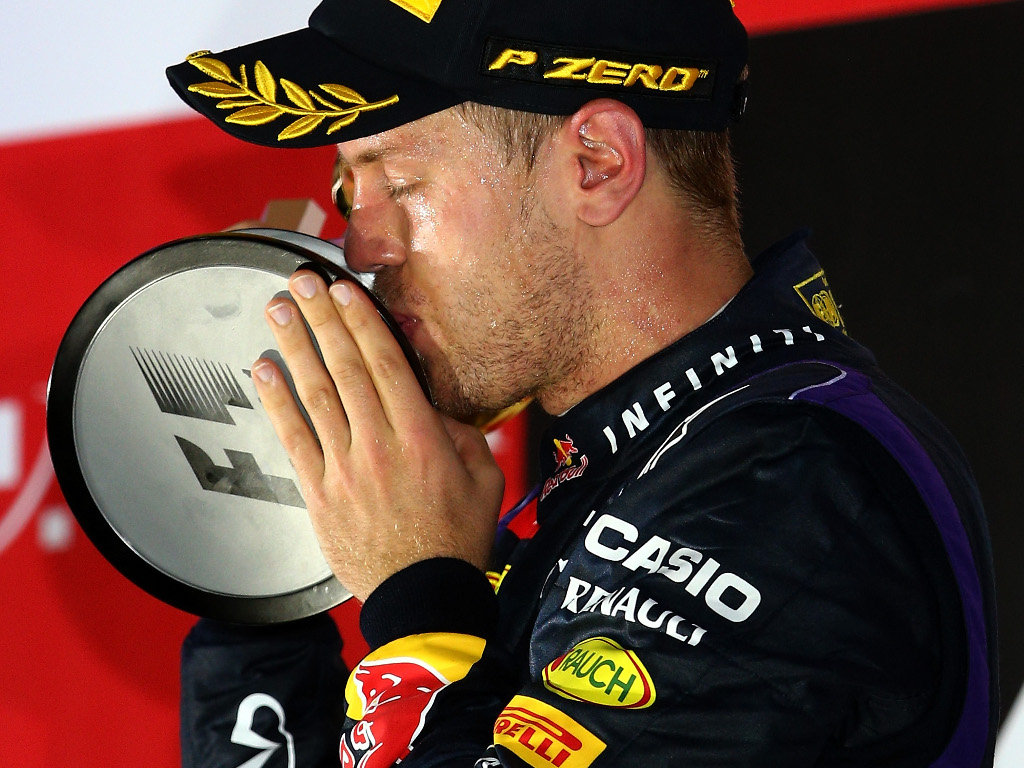 Sebastian Vettel has praised Red Bull’s hard work after producing his most dominant performance of the season to win in Singapore.

The triple World Champion extended his lead in the Drivers’ Championship to 60 points having beaten Fernando Alonso for the third successive race.

But while one could say Vettel had an easy time of it in Belgium and Italy, that was never more true than this Sunday when he won by a staggering 33 seconds.

“This is a long race so there are a lot of things that can go wrong so you can’t afford to lean back,” he said.

“At the end I was just controlling the gap. It was hard work out there but we like it because it is one of the most challenging tracks.”

In fact the only moment of concern for the Red Bull racer arose at the start and through the first few corners when Nico Rosberg briefly challenged for him the lead.

A mistake from the Mercedes driver, though, allowed Vettel up into the lead and from there he didn’t look back.

“The start was quite hairy,” the German explained. “Nico had a better start than me but thankfully he went a bit too deep and I was able to recover which was very important.

“The car was incredible and it was a pleasure to drive it round this crazy track.”

The 26-year-old, who has won seven of this season’s 13 races, now holds a 60-point advantage over Ferrari’s Alonso with 150 points still to play for as he chases his fourth successive World title.

He insists his success has little to do with luck and a lot to do with the hard work put in by Red Bull Racing.

“To be honest I am not looking at the Championship too much,” he said. “I am just enjoying it at the moment, days like today and yesterday are what it is all about.

“Like I said these things don’t happen by accident or by luck, it is down to a lot of hard work from the team.”

There was, however, one down side to Vettel’s latest triumph as, once again, he was booed by some of the spectators at the Marina Bay circuit.

But rather than get down about it, the German said with a smile: “They’re on tour, they go around on a bus.”