Home Uncategorized Vettel: It’s not over until it’s over 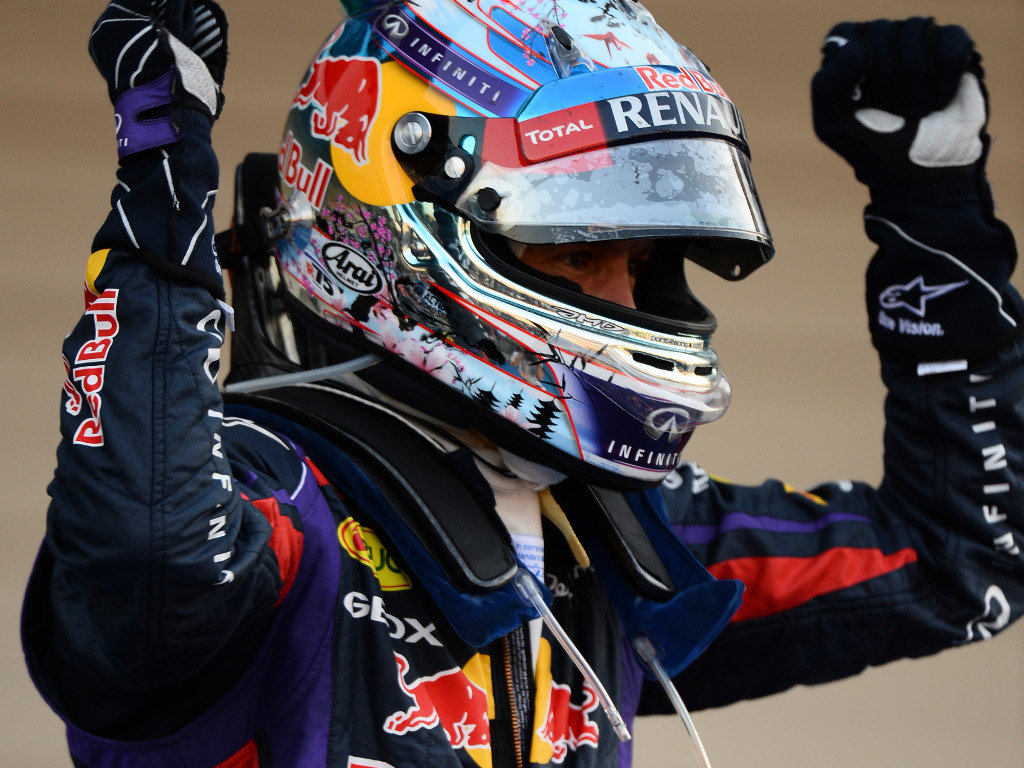 The fat lady may have started to clear her throat, but Sebastian Vettel has warned that he’s not ready to celebrate the 2013 title just yet…

The fat lady may have started to clear her throat, but Sebastian Vettel has warned that he’s not ready to celebrate the 2013 title just yet.

The German edged closer to his fourth consecutive World Championship on Sunday after he came from second on the grid to beat his team-mate Mark Webber to the win at the Japanese Grand Prix.

Vettel’s victory means he now has a 90-point lead over Ferrari’s Fernando Alonso with only four races left and is odds on to wrap up the World title in India as he only needs 10 more points.

“I would like to enjoy today, I think it was a fantastic race. I love this race, the people are great and make it a special race,” he said.

“It doesn’t harm when you win for the Championship. I’ve won four times here now, I’m already looking forward to next year. Regarding the Championship, we have a good gap but we keep pushing. It looks very good at the stage but it’s not over until it’s over.”

Having made a poor start that saw him drop down to third place after making contact with Lewis Hamilton’s Mercedes, Vettel’s victory at Suzuka came courtesy a good strategy as he stopped twice while Webber was on a three-stopper.

“I had a very poor start I clipped the front wing but after that we were patient and I managed to get past Romain [Grosjean] and beat Mark on the tyre strategy,” he said.

“The decision [on the tyres] was made on the first stint because we stayed out longer on the first tyres. It was not easy to make the two-stop work especially in the middle sector but it worked in the end.”

With Webber finishing P2 to secure the team’s second 1-2 finish of the season, Red Bull are a sure bet with Paddy Power to secure the Constructors’ Championship.

Team boss principal Christian Horner couldn’t have asked for a better weekend and described it as “an amazing result”.

“It all went well except for the start and it is down to a lot of hard work from a lot of people,” he added.

“Unfortunately the first stint dictated the rest of the race [in terms of tyre strategy]. Mark’s tyres didn’t last as long as Seb’s so we had to change his. Unfortunately it took a few too many laps for him [Mark] to get past Grosjean so he was unable to challenge Seb.”