Home Uncategorized Vettel: It’s over when it’s over 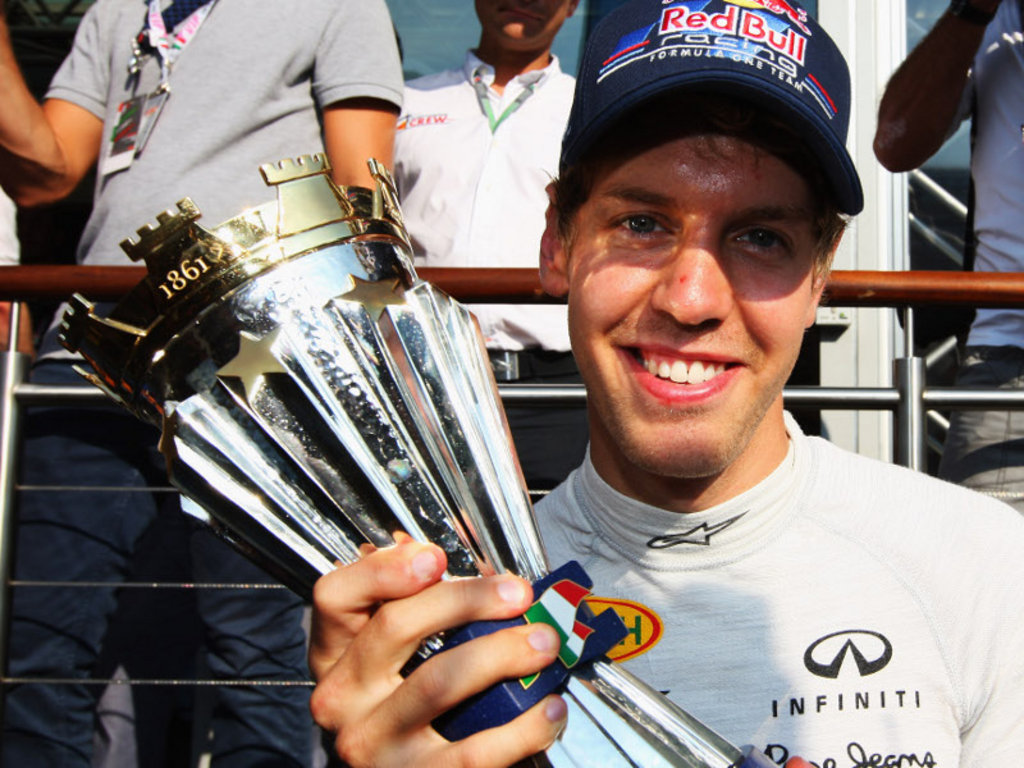 Sebastian Vettel may be one race win away from the winning the World title, however, the German is still refusing to claim ownership of the trophy…

Sebastian Vettel may be one race win away from the winning the World title, however, the German is still refusing to claim ownership of the trophy.

His eighth victory of the season, which came at Monza on Sunday afternoon, saw Vettel extend his lead in the Drivers’ Championship to 112 points over Ferrari’s Fernando Alonso.

And with just a maximum of 150 points left to play for, Vettel could wrap up the title at the very next race in Singapore.

However, the German, who has only finished one grand prix off the podium this season, is adamant it’s still game on.

“I think I allow myself to say we are in a great position,” he said.

“I think if you ask Fernando or Lewis or Jenson or anybody, Mark, I think they would like to change, swap positions so no doubt about that. But it’s over when it’s over, not before.

“I think look at last year as the best proof. You don’t know until the last lap of the last race. Obviously, this year it might be a bit different, but there are still a lot of races to go.”

As for the possibility of the defending World Champ taking a holiday until the penultimate race of the season in Abu Dhabi, a question that was actually posed to him in the post-race press conference so that ‘we can have an exciting end to the season’, Vettel won’t even consider the idea.

“I’m contracted to do all the races, so maybe you need a word with Christian (Horner). No, I love coming here, I love racing.

“Obviously we will see what happens during the next races but yeah, we have to go step by step really. I don’t know. No plans. I think it’s wrong to plan before something happens.

“It would be wrong for you to plan what you would do with a million dollars if you won the lottery tomorrow. First you have to win, then you worry about what you do with your winnings.”