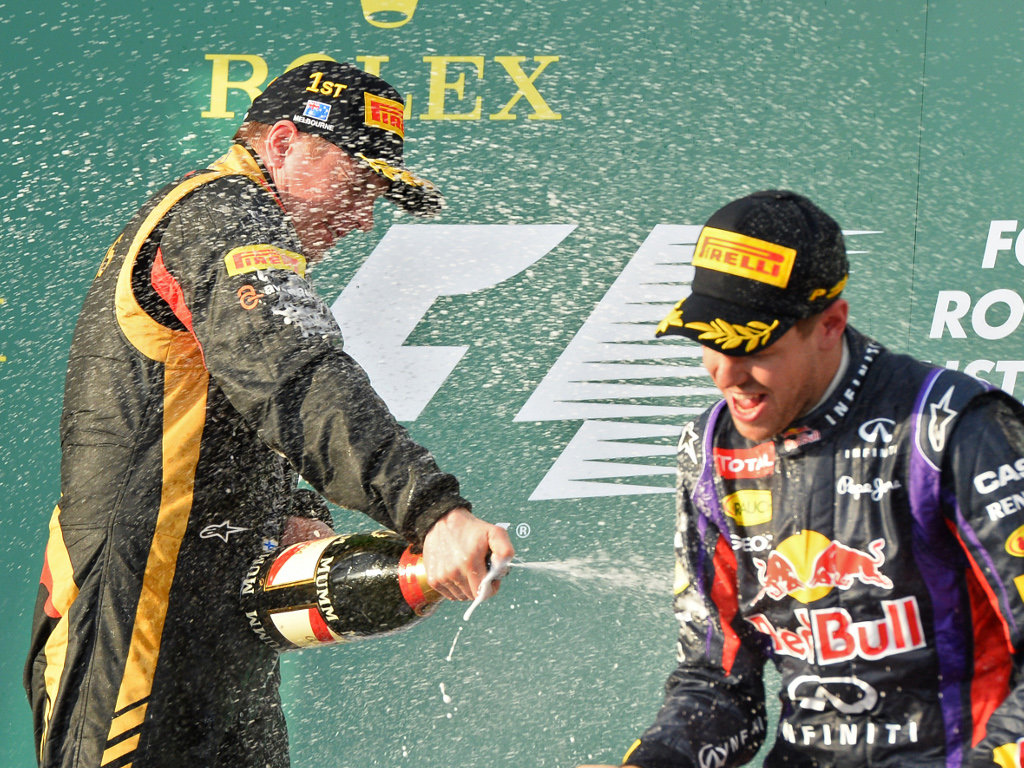 Sebastian Vettel was gracious in defeat after finishing third behind Kimi Raikkonen and Fernando Alonso at the season-opening Australian Grand Prix.

The Red Bull driver was expected to dominate at Albert Park on Sunday afternoon after he was quickest in the dry conditions on Friday and took pole position on Sunday morning.

He had a clean getaway when the lights went on for the race, but eventually slipped behind the Lotus of Raikkonen – who made only two stops – and Alonso in the Ferrari as the race progressed.

The defending World Champion, who was on a three-stopper along with Alonso, admits he would’ve been expected to finish higher after starting P1, but concedes those ahead of him were just quicker on the day.

“We can be happy but we wanted more – when you start from pole you expect to win,” the German said.

“The first few laps were okay but then the tyres started to fall apart. Lotus and Ferrari had incredible pace and we were third quickest.

“Best wishes to Kimi – we have to admit sometimes that other people are faster than us but it’s a long season so we have some good points to start with and we have no reason to be disappointed.”