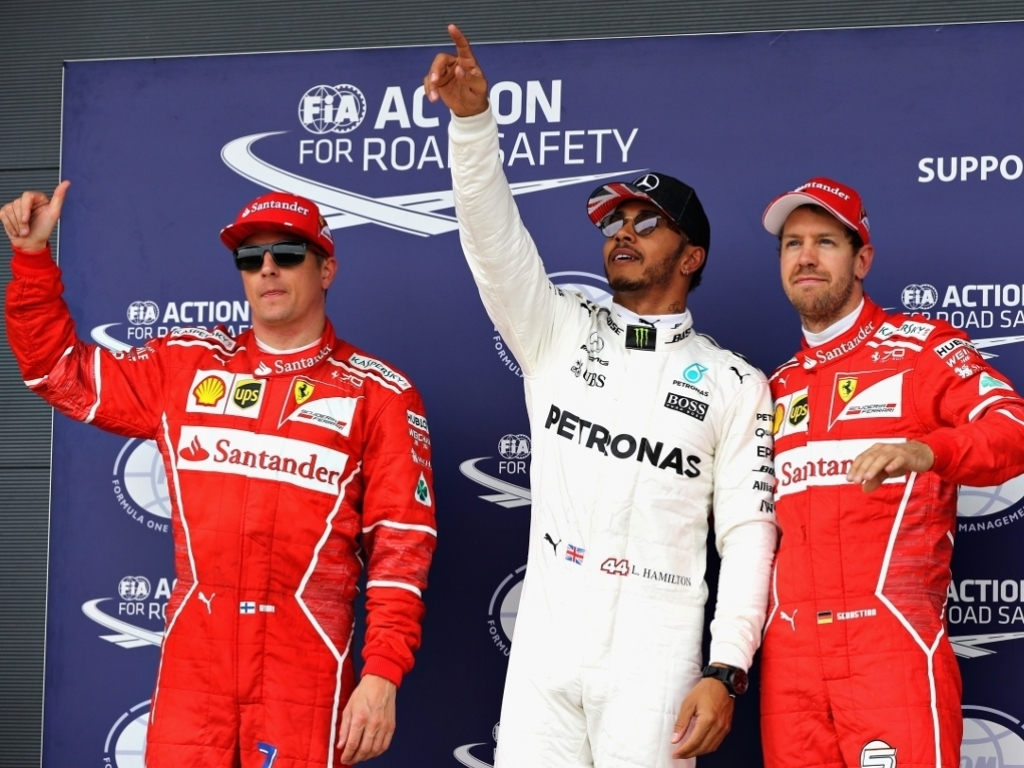 Sebastian Vettel has said Kimi Raikkonen’s inability to take points away from Lewis Hamilton and Mercedes will not decide who wins and loses the titles.

Following the Finn’s fifth-placed finish at Monza, Raikkonen is now 100 points behind Hamilton in the Drivers’ Standings and 97 behind team-mate Vettel.

The gap between Hamilton and Bottas is 41 points in comparison and that has contributed to Mercedes opening up a 62-point advantage in the Constructors’ Championship.

But Vettel insisted that Raikkonen’s poor form this season has not and will not play an integral role in the title fight.

“No. I think, you look back, there’s always ways to look at points and stuff,” Vettel said in the post-race press conference. “I’m not so much interested.

“Above everything, you race for the team and then obviously you race for yourself, you try to do the best yourself and I think you saw the battle today. I don’t think he waved me past but I didn’t expect him to and it was tight.

“I was quick at that time and could make progress, so it was good to get past but he had a better start, he got past Valtteri so we’re both fighting for the best and the optimum result today.

Vettel also said that Raikkonen is not under any team orders and both are allowed to race freely against each other.

He added: “For sure the pace was a bit down so it’s always a bit more tricky but no, I mean, as I say, we’re both racing. If you are racing in the same car then naturally, in a way, you’re racing for the same bit of track.

“Look at those two [Hamilton and Bottas], they were running very quickly and not a lot of gap between them. Also then, if you’re so close to each other it’s obviously crucial to be ahead in qualifying, opening laps, after that they will always be difficult.

“Rules are fairly clear that the teams have in terms of who gets priority and stuff like that.

“I think much more important than look at a championship with teammates, points, whatever is the chemistry inside the team and I think Kimi’s well known for the fact that he doesn’t talk so much.

“Inside the team he talks quite a lot and yeah, we get along well, his feedback is valuable and I think we get on with each other and there’s zero stress for the team which is a good thing.”