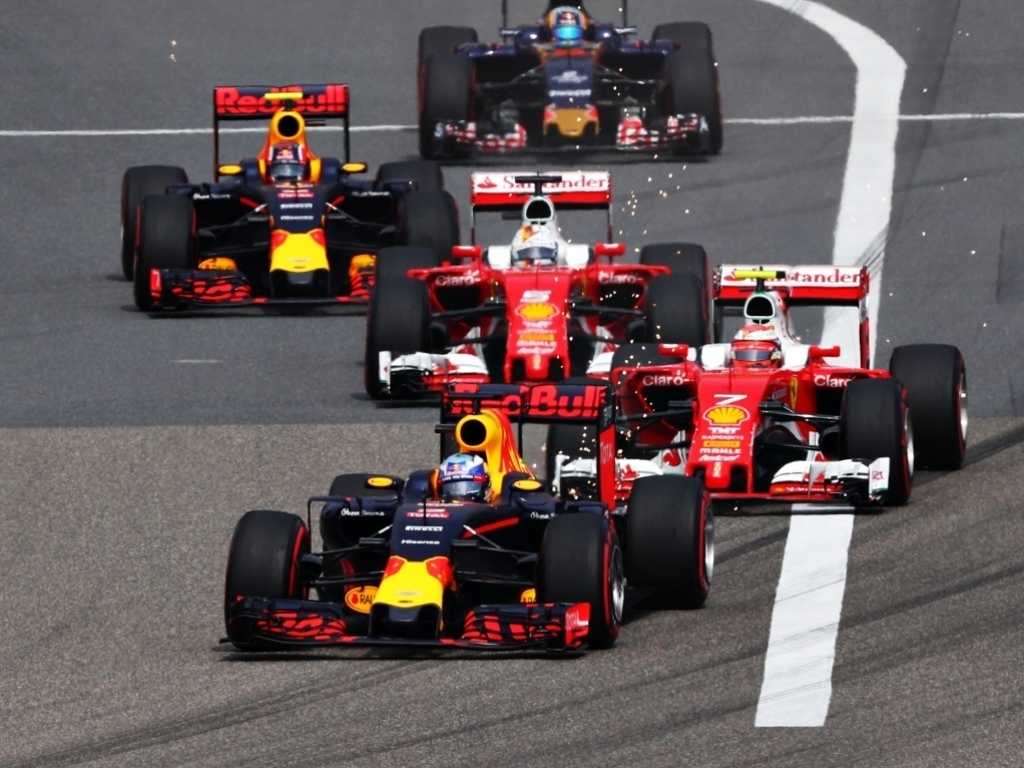 Battling for position on the opening lap at the Shanghai circuit, Raikkonen ran wide with Vettel ducking up the inside to find a way through.

At the same time Kvyat saw a gap and went for it.

With Vettel boxed in contract was inevitable and it happened with his Ferrari team-mate, forcing Raikkonen to have to pit for repairs.

At the time Vettel told his Ferrari pitwall that Kvyat was driving “like a mad man.”

Completing the race in second place, one position ahead of the Red Bull racer, he again apologised to Ferrari for the contact.

“Again, massive apologies to the team. But surely I didn’t do it on purpose,” Vettel said over the team radio, adding “Kyvat came like a torpedo.”

The German, though, wasn’t done.

He lashed out at Kvyat as the drivers waited to head up onto the podium only for the Russian to point out that they had not crashed.

He added: “You were lucky this time.’

Kvyat’s response to that: “We are both on the podium.”

Taking to the podium for the post-race celebrations, the Ferrari driver toned down his rant.

“Yeah I mean obviously it is difficult to judge from his point of view.

“Kimi locked up and went a bit wide and I tried to overtake him. Daniil tried to do the same to me.

“Daniil came up with a lot of speed into that gap.

“I was very surprised and Kimi was coming across.

As for his thoughts on the matter, Kvyat said: “I had a really good start, you see the gap and go for it.

He added: “I will keep on risking. Everyone should expect that”