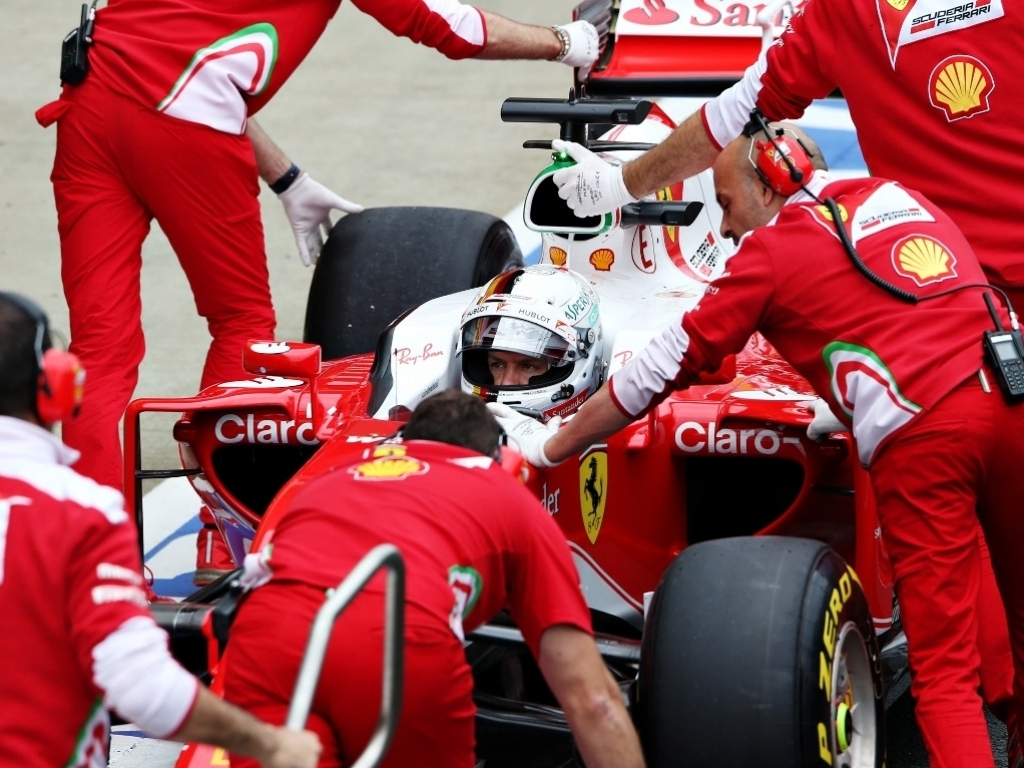 Sebastian Vettel finished the British Grand Prix in an unfamiliar P9 at Silverstone, to which he claims was because of his Ferrari’s lack of pace on the circuit.

The German driver suffered a bad weekend all round as he was given a five-placed penalty grid before the race had even begun due to changing his gearbox.

Starting on the grid in P11, the quadruple World Champion couldn't eat through the circuit as he would normally do as an array of mistakes hindered his chances.

At one point during the race, Vettel actually set the fastest lap but spun almost immediately after on the first corner.

"I lost a lot of time when I spun, so all the advantage was lost again and from then it was quite difficult to pass and move ahead," he said.

"Overall it was not our day, not quick enough simple as that."

Vettel also received a timed penalty for supposedly running Felipe Massa off the track. He added that the penalty was unnecessary.

"I don't think it was necessary, it is not like I am trying to squeeze him out on purpose," he continued.

"Obviously for him it is bad because I don’t know if he had as little grip at that point as I had but for him it just looks like I’m forcing him off the track but I couldn’t go anywhere else. If I was picking that line on my own, why do I go off track?"