Home Uncategorized Vettel: Life doesn’t get better than this 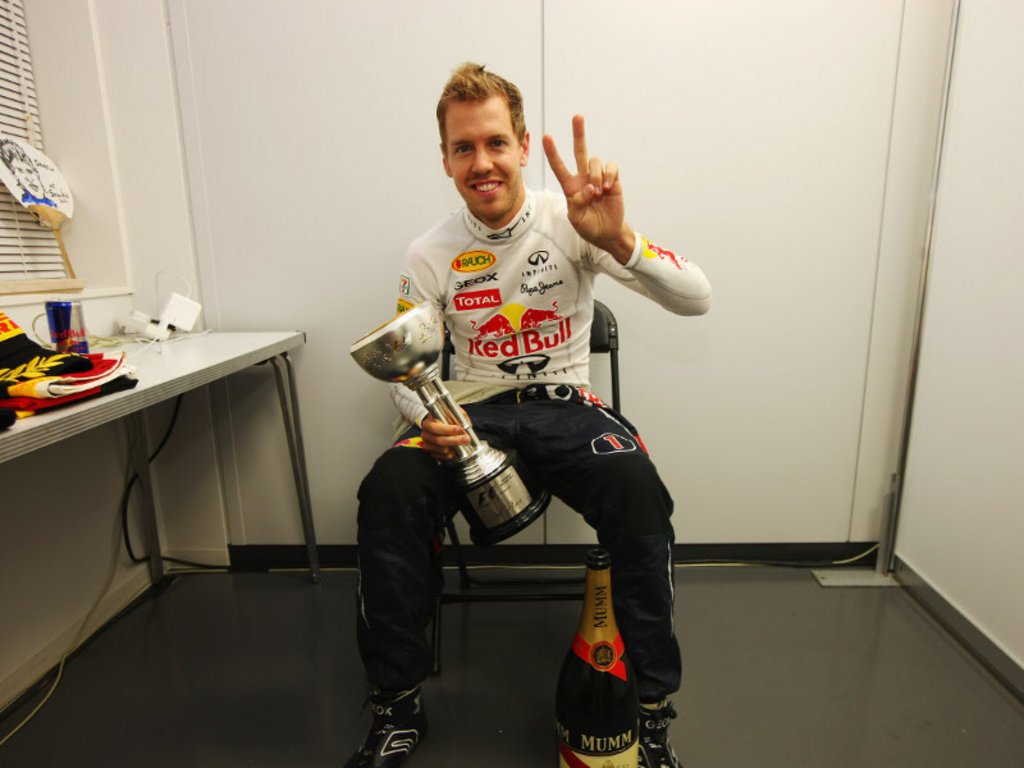 Sebastian Vettel believes his refusal to get carried away with talk of winning the World title is what gave him the impetus to do just that.

Having secured the crown in last season’s penultimate grand prix, Vettel’s goal for this season was to retain it. And the German went about his title defence in emphatic form.

With 12 pole positions and nine victories to his tally, Vettel entered Sunday’s Japanese GP needing just one point to wrap up the Championship.

But rather than just race for that point, Vettel bagged his 14th podium finish in 15 grands prix to assure him of his second successive World title.

And the German puts his success down to the fact that never once did he just assume it was him.

“A lot of people have been quite confident about the title,” the 24-year-old.

“But one of the important things was we didn’t allow ourselves to drift away with the thought too much.

“It’s phenomenal what has happened. We set ourselves the target to win the Championship this year, so to win it in Japan with four races to go is difficult to put into words.”

He added: “We are very strong as a team. Every time it mattered, we made very few mistakes. Especially at those times when it was critical, we were there, we were performing.

“The secret, if there was one this year, is that we could trust, 100 per cent, the guy next to us and that’s for the whole team.

All year we tried very, very hard to keep our feet on the ground and always tried to focus on the next step, on the next race.”

And Schumacher, Vettel’s boyhood hero, was one of the first to congratulate the Red Bull racer on their in-lap after Sunday’s race.

“That’s really weird because when I was a little boy he was already Formula One World Champion. So that imagination was far out of sight.

“But it is those sort of small details that make this something very special for me.

“Life for all of us doesn’t get much better than this.”