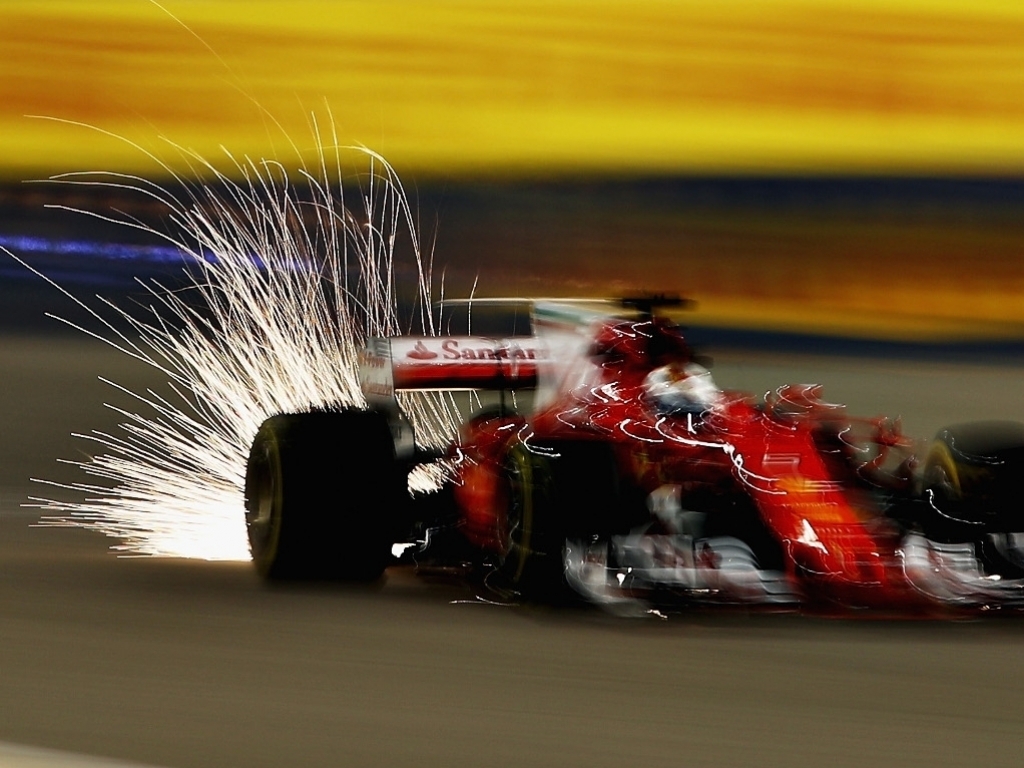 Sebastian Vettel concedes he was “lucky” to recover from the glitch that caused his SF17H to go “dark” in Friday’s second practice in Bahrain.

Leading the way on the supersoft tyres, Vettel ran into trouble mid-way through Friday night’s session.

He reported an issue to Ferrari, followed by the words “complete shutdown” as his car slowed to a near halt.

Vettel was able to keep it going and returned, albeit slowly, back to the pit lane where he was pushed the final metres by marshals.

He was back in the action minutes later with the undisclosed problem resolved.

“We had a bit of an issue,” he explained.

“We were lucky to recover to get some laps in the end.

“Overall it was okay but we can improve so let’s see what happens tomorrow.”

Speaking about the problem, he added: “I don’t know, it must have been some sort of glitch, all of a sudden everything was dark.

“As we saw after there was no damage and we were lucky we could recover with the issue happening late in the lap.

“But nowadays cars are not just cars, there is a lot of technology and software involved so I think something went wrong on that side.”

The four-time World Champion finished Friday’s practice quickest of all with a 1:31.310, which put him 0.041s up on Valtteri Bottas while Daniel Ricciardo was a further 0.025s off the pace.

Asked if he expected a three-way fight as the Bahrain weekend progressed, he replied: “I don’t know, they looked already stronger this morning – or this afternoon.

“I haven’t seen much yet, we were quite busy.”