Home Uncategorized Vettel made to wait for parting gift 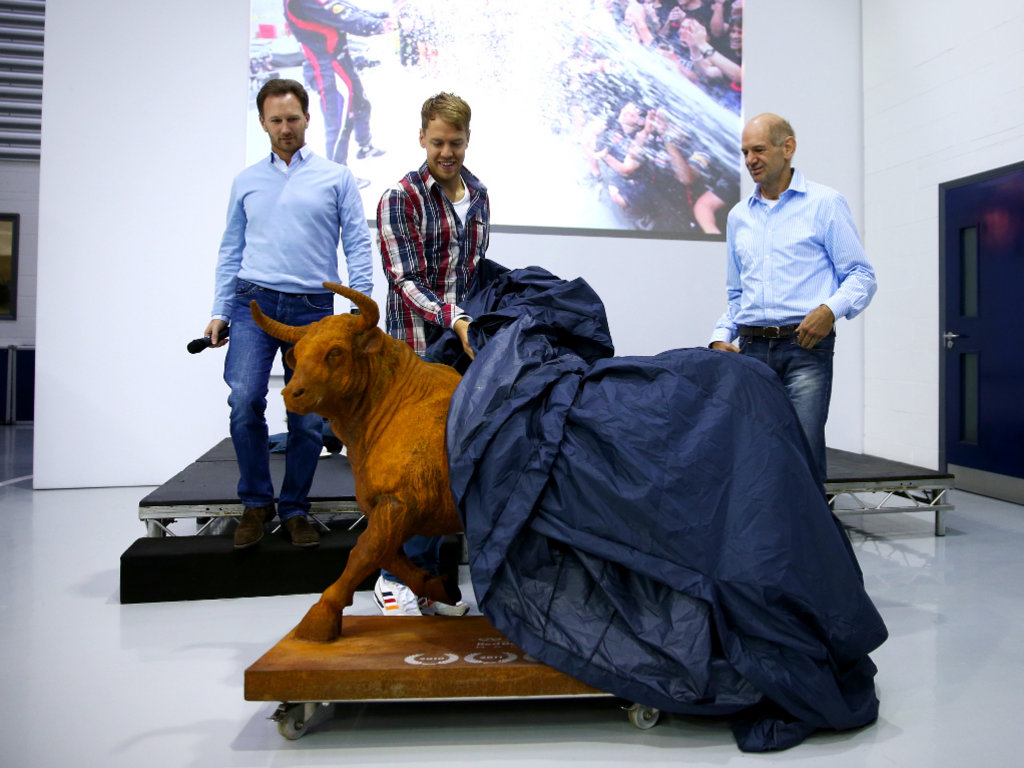 Sebastian Vettel has been gifted one of his championship-winning cars as a parting present from Red Bull but will have to wait to receive it.

The German said his farewells to the team at their Milton Keynes factory earlier in the week.

Speaking to the team personnel, he thanked everyone for their hard work over the six years, which resulted in four Drivers’ and Constructors’ Championship titles.

Red Bull in turn thanked the 27-year-old with a handful of gifts.

Those included “an espresso cup, some very tight red Speedos and a pair of sunglasses” and a “50 per cent scale model bull with his championship laurels engraved on the plinth.”

However, arguably the best gift he’ll have to wait for – perhaps even a few years.

Team boss Christian Horner revealed that the team would be parking one of Vettel’s Championship-winning RBs in his garage but not just yet.

“We don’t want it turning up in Maranello,” explained the Brit.