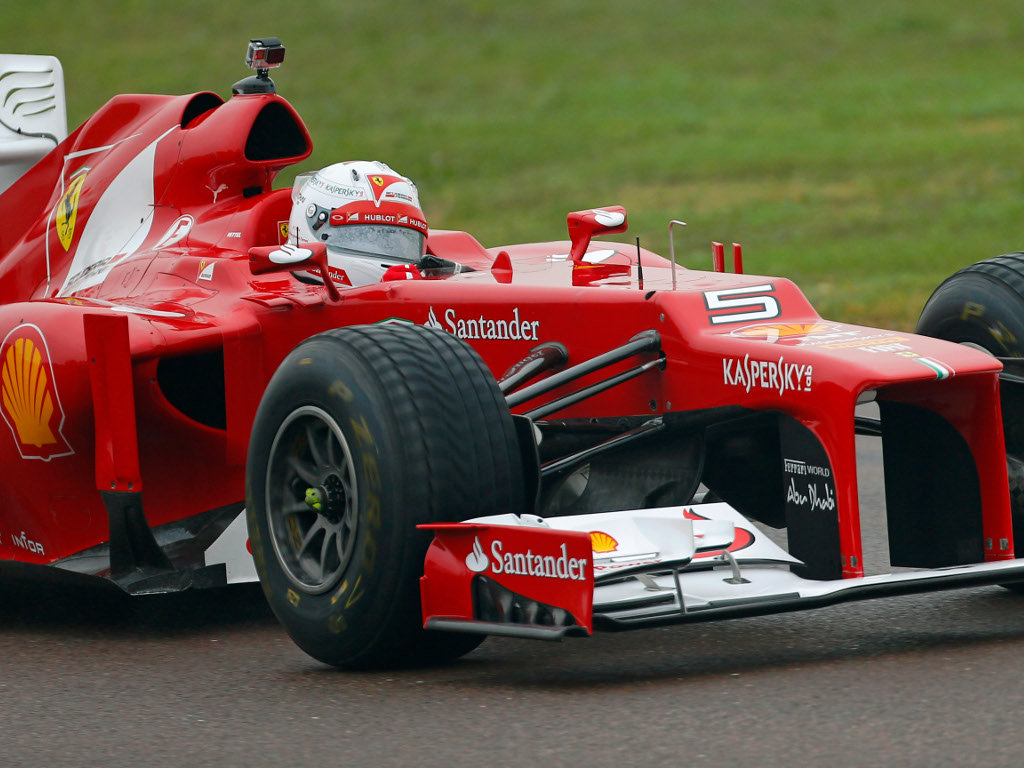 Sebastian Vettel has completed his first laps as a Ferrari driver behind the wheel of a F2012 at the Fiorano circuit.

With his Red Bull contract still in effect for a few days in the wake of the 2014 season, the German was not able to take part in the post-season test.

Despite not running over the two days at the Yas Marina circuit, he spent a bit of time in the Ferrari garage getting to know his new colleagues.

Days later the four-time World Champion has had his first taste of a Ferrari F1 car.

He spent Saturday running at the team’s private track behind the wheel of a two-year old F2012.

Vettel, who wore a while helmet that had the words “My first day at Ferrari” written on it, also had the pleasure of driving a Ferrari 458 Speciale.

He will have to wait until February, though, for his first official test with the Scuderia although a day of promotional filming could be on the cards before Jerez.