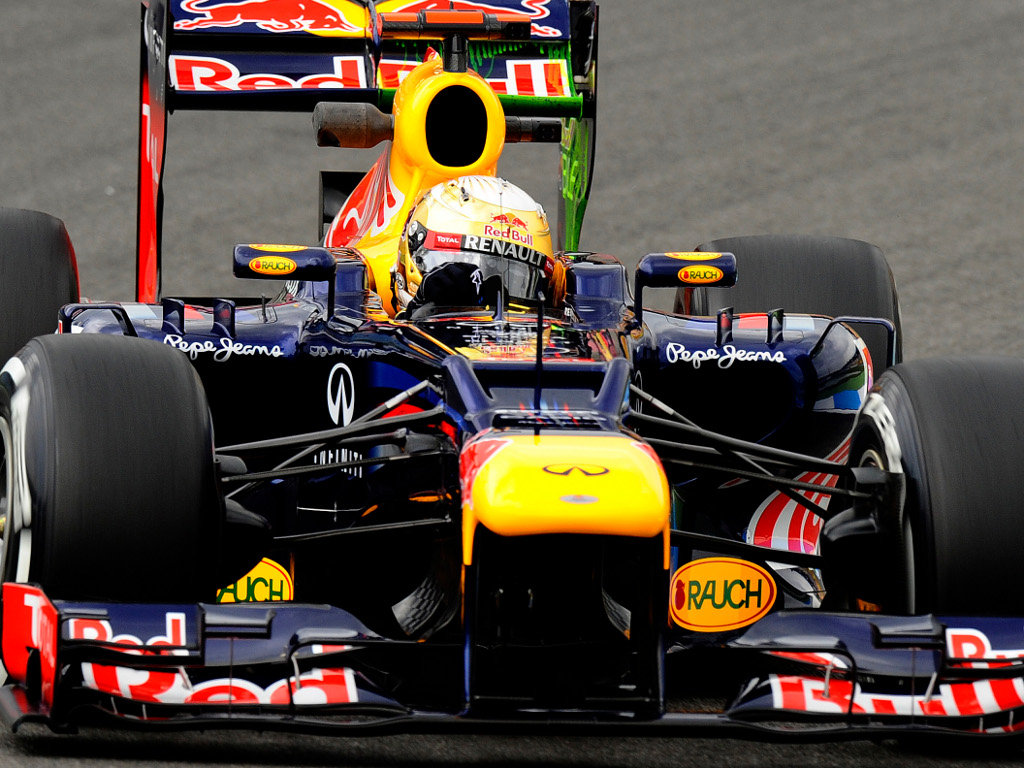 Sebastian Vettel believes McLaren could be his main threat in Germany this weekend after a solid Friday for the Woking team.

Arriving at the Hockenheim circuit with several major upgrades for their MP4-27, which included new sidepods and an updated rear wing, Jenson Button set the pace in the dry on Friday morning.

And although McLaren were not able to repeat that peformance later in the day, both drivers had a spell in the P1 slot before falling down the order.

Vettel’s day was the other way around as he started down in 12th place and finished Practice Two third quickest, 0.426s off the pace.

The German, though, reckons McLaren could be his biggest rival for his first-ever German GP victory.

“They looked very competitive this morning, no doubt,” Vettel said of McLaren’s performance. “We couldn’t go that pace, but we were not entirely happy this morning.

“It’s a Friday, and it’s difficult to draw conclusions. (McLaren) looked competitive at Silverstone on the Friday as well and then their weekend was not so good.

“We have to wait and see tomorrow.”

Vettel, like many of his rivals, was left to lament the lack of dry running on Friday, although with more expected later in the weekend it did have some value.

“We couldn’t learn too much today, so we just got used to the conditions, as there may be rain tomorrow and also on Sunday. The forecast isn’t looking great.

“It would have been good to have got some dry running in, especially this afternoon to test a couple of things and see how the car feels – it’s hard to get a proper baseline when the conditions keep changing.

“We have to carry the extremes into tomorrow and Sunday, so we obviously tried to limit the running on those tyres.”