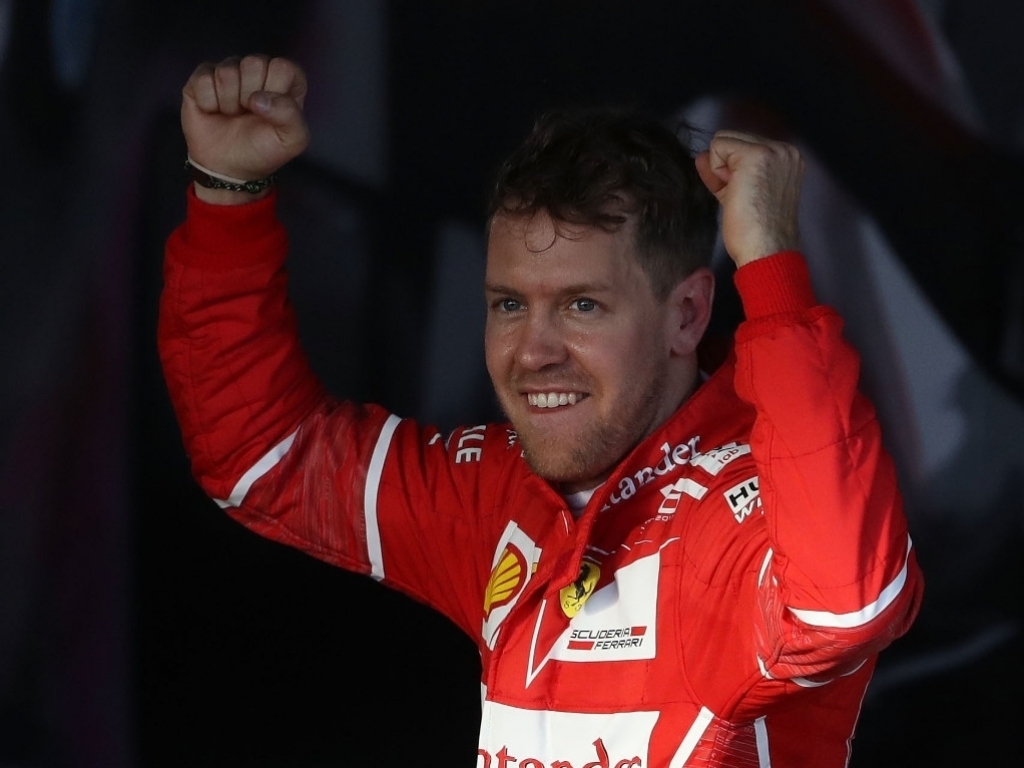 Sebastian Vettel’s Australian Grand Prix win was just the “tip of the iceberg”, that’s according to the Ferrari driver.

A solid pre-season, which saw many tipping Ferrari as the team to beat, paid dividends at the season-opening Australian Grand Prix as Vettel raced to the victory ahead of the Mercedes drivers.

It was a much-needed race result for the Scuderia on the back of a win-less 2016 campaign.

And Vettel believes the Melbourne win is just the beginning of what Ferrari can achieve this season.

“This was not just a one-race wonder,” he said, “but the tip of the iceberg.

“Now that we’ve won the race it doesn’t mean we stop there. It’s just the beginning, but is a nice way to give something back.

“The motivation has been really high but obviously it helps to wave from the podium. Our job is to keep working at this stage.”

He added: “For both me and the team winning is always great. It’s a great medicine and seems to fix everything. To have a start like this is a big relief.”

The victory means Vettel leads the Drivers’ Championship ahead of Lewis Hamilton, however, he stopped short of predicting a season in which Ferrari could dominate.

“That’s an early conclusion,” he replied when asked if he could dominate the standings. “It’s March… I think it doesn’t matter now. What matters is we had a good race and it’s a great relief for everyone.

“The last couple of months have been tough but we just focused on our job.

“We tried to build a good car by putting things together and I had a good feeling driving it and hope to keep it going for a long time. The most important thing was our pace was good, that is why I was able to stay in front!”