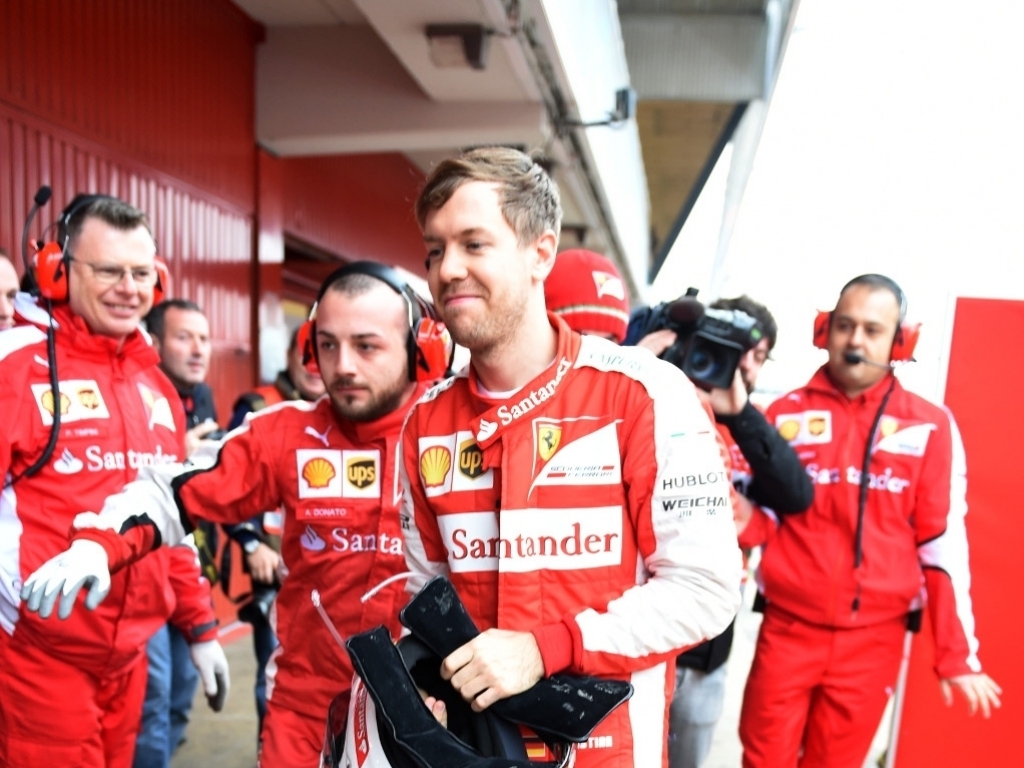 Despite Ferrari's pace in pre-season testing, Sebastian Vettel believes Mercedes are "still the team to beat."

Throughout the first half of pre-season testing, Ferrari were either first or second on the timesheets.

That changed on Saturday when Vettel brought his SF15-T home in fifth place, a full two seconds behind Pastor Maldonado.

But while Vettel's time was set on the medium tyres, Maldonado's was a qualifying style run on the super-soft Pirellis.

And with that in mind, the German concedes that testing times count for little given that the teams are running different fuel loads and programmes.

He does, however, reckon Mercedes are still the leading outfit.

"I would rather wait and see, it depends much more where you are at the races," he said.

"Mercedes were strongest last year at the test, but if I asked you two years ago who had the strongest impression in testing, it might be very different to [who was quickest at] the first race.

"As I said it is impossible to read but this year [with] fuel loads but also because of engine upgrades. We don't know what people will bring. Everyone has their own plans but it's difficult to know."

The Finn, though, reckons Mercedes are "still the team to beat" although both he and Kimi Raikkonen "are happy with the car’s initial behaviour and we go from there."