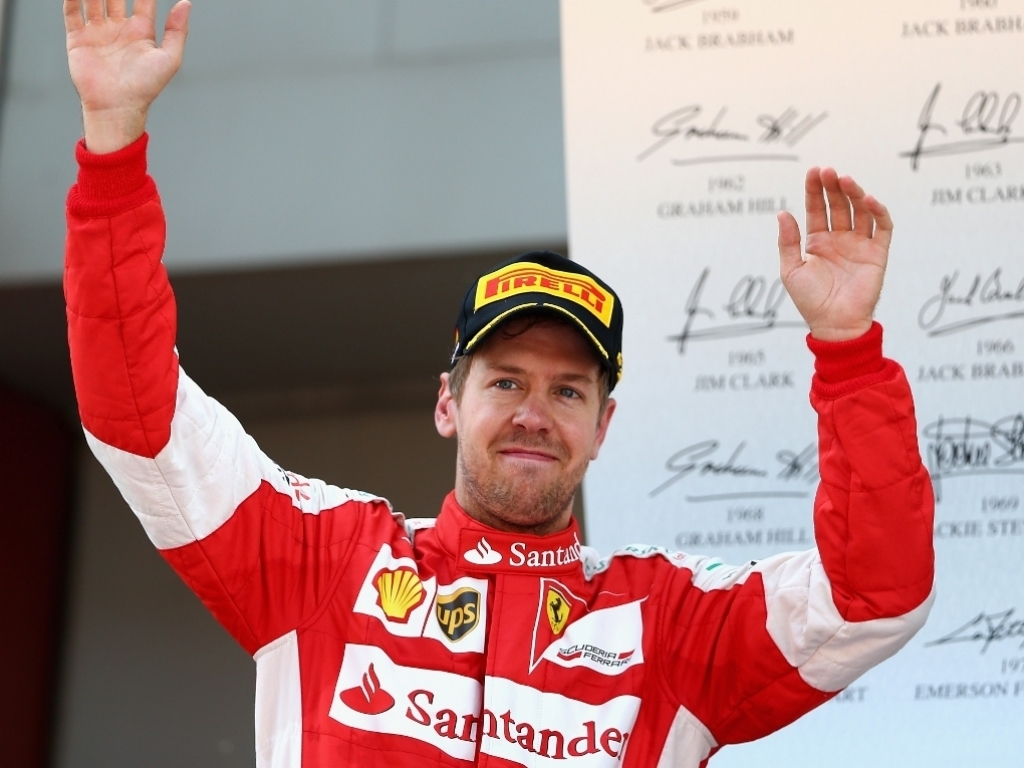 Failing to prevent a Mercedes 1-2 at the Spanish GP, Sebastian Vettel concedes they were "too quick" on the day.

Nico Rosberg stormed to an unchallenged victory in Sunday's Spanish GP while Hamilton used a three-stop strategy to get the better of Vettel.

Initially it appeared as if the German could fight for second, however, Ferrari had no answer to Mercedes' pace when the team decided to swap Hamilton's strategy.

Asked if he thought second was possible, Vettel, who lost almost 30 seconds to Hamilton in the final 15 laps, said: "I think it was.

"We had a good start, got past Lews and did the right thing covering him at the first stop.

"But when they switched to the three-stop we couldn't keep up with the pace, they were too quick today."

Following Hamilton's move up into P2 in his final stop, Vettel was heard several times complaining about the traffic.

"Blue flags" he shouted on more than one occasion.

The Ferrari driver, though, refused to blame traffic for losing third.

"I think as a racing driver you always complain about something," he said.

"We tried everything we could.

"Going through traffic is nevery easy but it is the same for all of us."

Vettel was later questioned about Ferrari's upgrades and whether the team had actually lost ground to Mercedes.

He insisted they had not.

"I don't think this is the reality," he said in the press conference.

"If you take the average from the first five races then you have the reality.

"You have to be fair, and some tracks we will be more competitive than others.

"We are not happy with the gap – for some reason, we are not competitive here even though we have improved our car."