Home Uncategorized Vettel: Mercedes are ‘back to normal’ 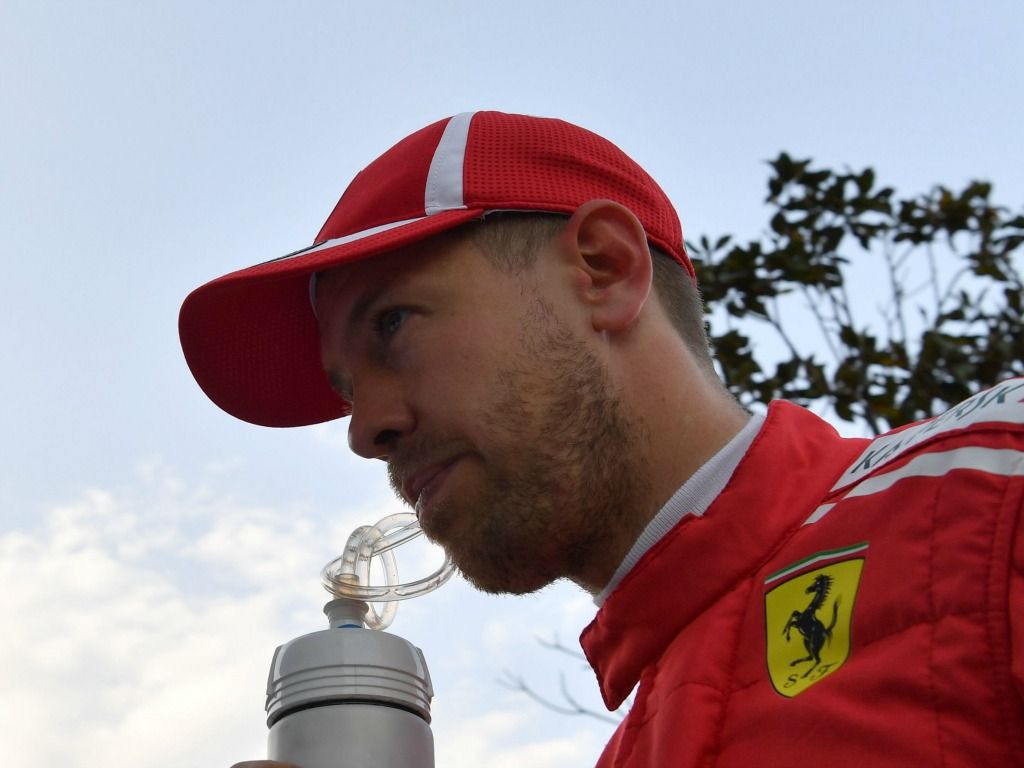 Sebastian Vettel has said Mercedes were simply “just a bit quicker” in qualifying for the Spanish Grand Prix.

Mercedes locked down the front row for Sunday’s race with Lewis Hamilton clinching his third consecutive pole position at the Circuit de Catalunya and a fifth consecutive pole in Spain for Mercedes.

Vettel found himself a tenth behind the two Mercs and will line up from P3 with Kimi Raikkonen alongside him.

However, Vettel thinks Mercedes are just getting back to “normal” as opposed to finding massive gains.

“I think we need to admit that they were just a bit quicker today,” said Vettel.

“For tomorrow though I think we should be in the mix.”

“Looking back you have to admit that the last two qualifying sessions, they lost something.

“If they got that back it doesn’t necessarily mean that they found something, it’s just that they were back to normal.

“At the start of the season they were very strong in Australia and then we took over but they were struggling.

“Tomorrow it will be very close between the top three teams. I expected Red Bull actually today would be faster in qualifying.

“I don’t know what happened to them but for sure tomorrow it will be tight.”

A few drivers, Vettel included, opted to ditch the supersofts in favour of what should be in theory the slower soft tyres for the final hot lap of Q3 – a situation which had Vettel initially confused.

“It was straightforward [to go back to softs] because I had such a good feeling in Q2,” he added.

“I asked and we decided to go back to the softs and I think that was the right call. The lap was good. Maybe there was a tiny bit but not enough to get to the first row.”

“It was a bit confusing because Q2 was really plain sailing.

The car was pretty good on the soft tyres, I had a couple of tenths in hand, I knew come Q3 we had something in the pocket which was good.

“But then on the super-soft first lap it just didn’t happen. I locked up into turn one and I never got the grip that I was looking for.”