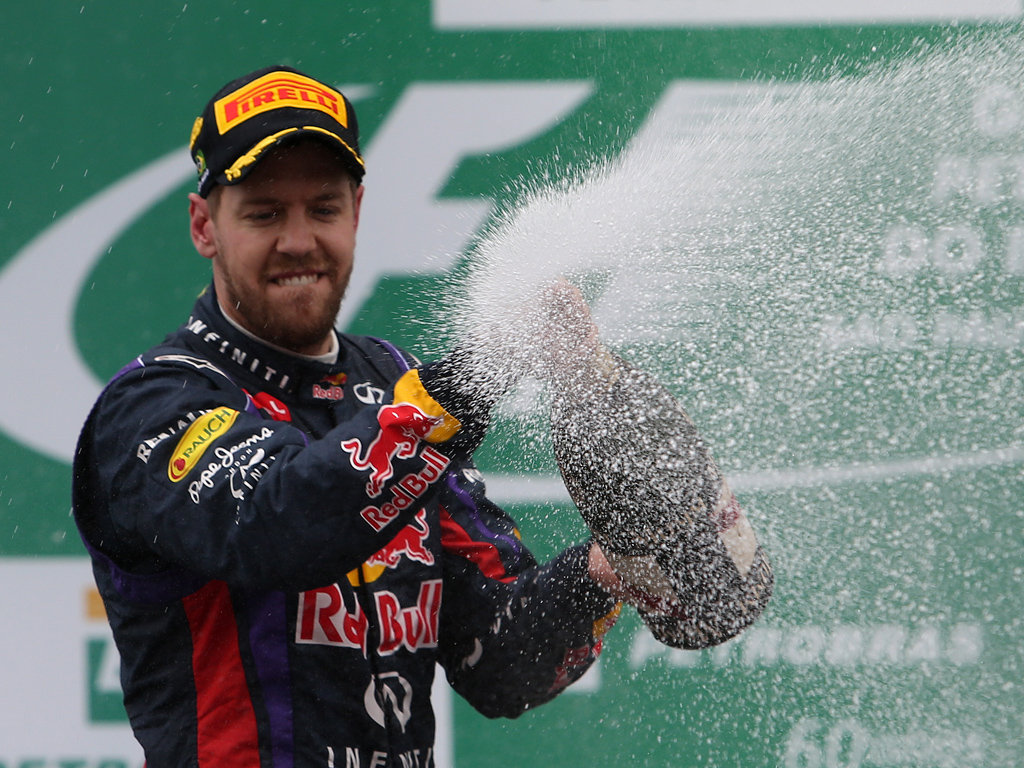 Seb Vettel has done what no other driver has done, winning nine races in a row in one season, but he is refusing to be compared to previous greats…

Sebastian Vettel has done what no other F1 driver has done before, winning nine consecutive races, but he is refusing to be compared to previous greats.

His victory at Interlagos means he is now the only driver in history to have won nine in a row in the same season, putting him ahead of Alberto Ascari, who won nine consecutive races over two seasons.

Despite his achievement, the Red Bull driver believes it is not right to draw comparisons, and instead heaped praise on his Red Bull team for helping him to fourth World Championship in a row.

“For all of us in the whole team, we just love turning up to work and giving it all we have. It’s a great spirit we have in the team. It’s sad in a way that this year comes to an end, but that’s how it is. I’m sure everyone is looking forward to the break to recover.”

Vettel started in pole position, but unlike in previous races he was forced to work harder after the first corner as Nico Rosberg claimed P1 after the lights went out.

He took just a couple of laps to regain first place from the Mercedes driver and was untroubled after that, even a slight hiccup by his Red Bull crew during his final pit stop couldn’t prevent him from sweeping to victory.

He ended up finishing nearly 11s ahead of team-mate Mark Webber to claim his 13th win of the season, which also equalled Michael Schumacher’s record set in 2004.

“I am actually quite sad the season is coming to an end. The car has been phenomenal and has been getting better in every race,” he said.

“Thanks to Mark, we didn’t have the best of relationships but we have also have always had a lot of respect for each other and we have been a very successful pairing for the team.”