Home Uncategorized Vettel: Momentum is still with us 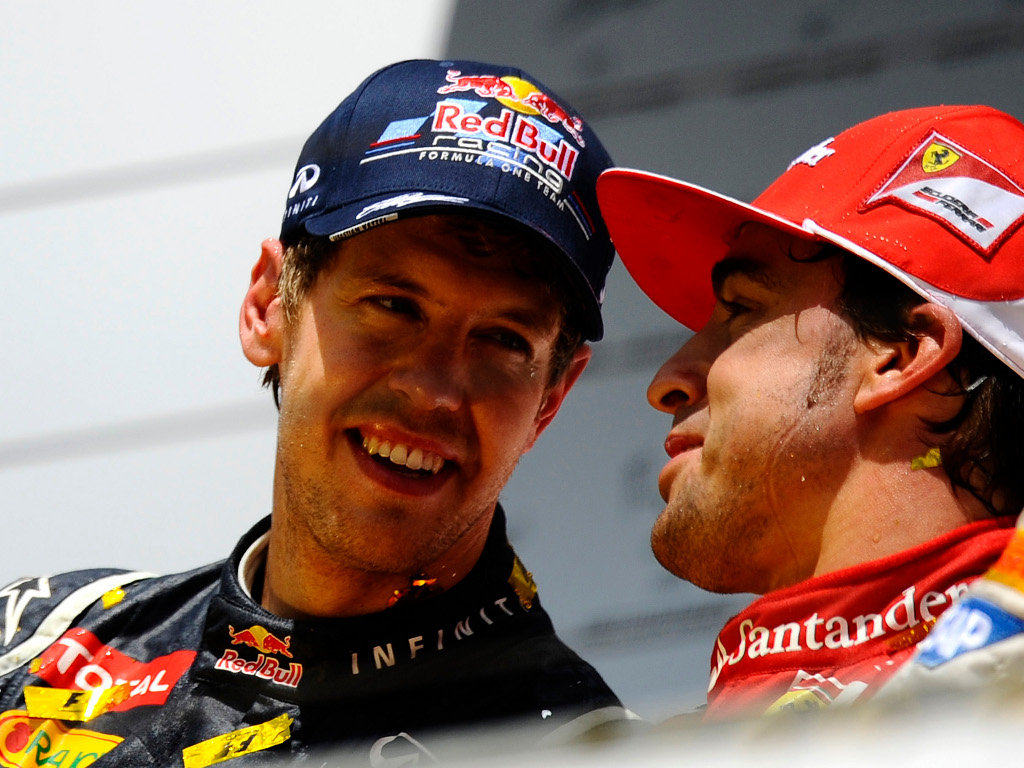 Having secured 15 points in a race where most didn’t even expect him to score one, Championship leader Seb Vettel says momentum is still with Red Bull…

Having secured 15 points in a race where most didn’t even expect him to score one, Championship leader Seb Vettel says momentum is still with Red Bull.

As Formula One arrived at the Yas Marina circuit for this past weekend’s Abu Dhabi GP, the title race was on a knife edge with Vettel holding a 13-point advantage over Fernando Alonso.

The impetus was also with the German, who had won four grands prix in a row including leading a massive 205 consecutive laps.

The picture, though, changed late Saturday night when Vettel was disqualified from qualifying due to a fuel infringement with Red Bull opting to start their driver from the pit lane.

Vettel put in a master class performance as he raced from the back of the field to the podium, finishing just one position behind Alonso to hold a 10-point lead heading into the season’s penultimate grand prix in Texas.

Asked whether he now has a firm grip on the title, Vettel said: “I think it’s still two races to go so obviously we see how quickly things can change.

“We lost only a very little bit, I think we have the momentum still, the car is bloody quick, so looking forward to the next two races.

“We are definitely believing in it and that’s the target.”

Vettel, though, is not the only one who believes he can win the title as Alonso remains “confident” and “will fight until the end.”

However, the Ferrari driver admits his F2012 is by no means the quickest car in the field.

The Spaniard, who has five podium finishes in the last six races but not a single victory, has reached the top step of the podium back in July’s German GP,

“We are not fast enough, this is true and we are honest with ourselves, we know this. We need to accept this,” he said.

“It’s a weak point, the performance that we have at the moment in our package, and we have some strong points which we will try to use.”

Asked whether another race victory is ‘absolutely’ needed to beat Vettel to the title, Alonso said: “That will help, for sure, but I don’t think so.”