Home Uncategorized Vettel: More difficult but not much 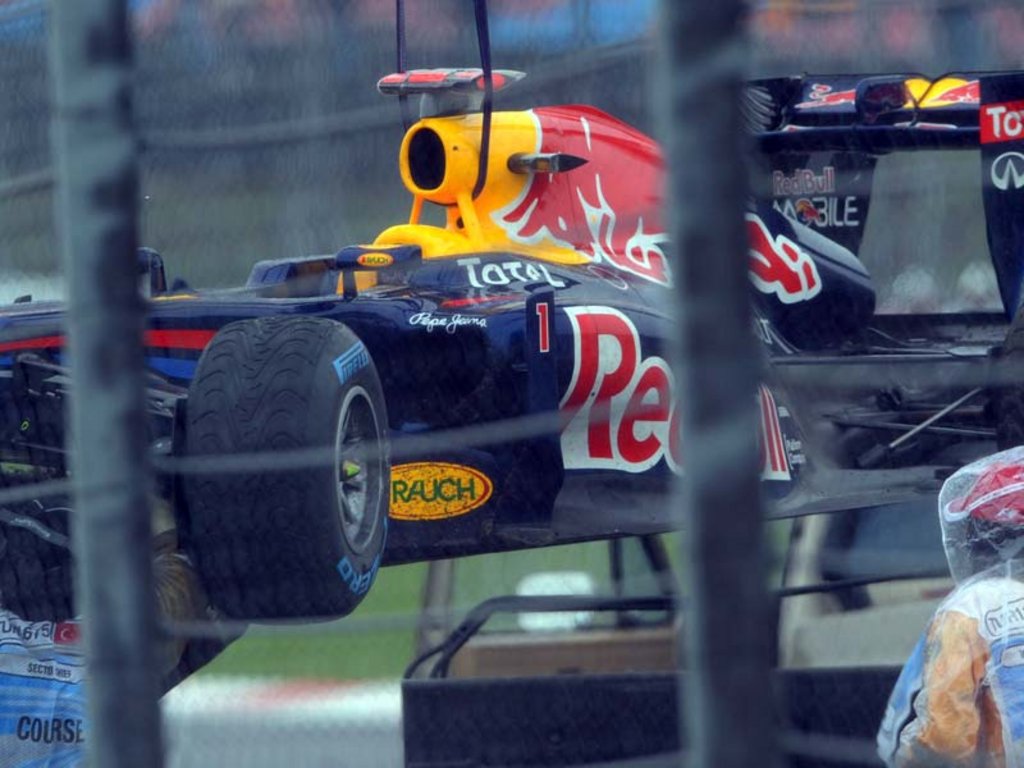 Sebastian Vettel is adamant his accident on Friday morning will not hurt his chances of winning the Turkish Grand Prix.

With two race wins and a second-placed finish to his name, the defending World Champion is sitting at the top of the standings heading into Sunday’s grand prix.

However, he blotted his good record for this campaign when he crashed his RB7, dubbed ‘Kinky Kylie’, in Friday’s opening practice at the Istanbul Park.

Venturing out for his first shot at a lap time, Vettel ran wide at the exit of Turn 8, sending him spinning across the track before slamming hard into the barriers.

The German’s car was badly damaged, forcing him to sit out Friday’s second session.

However, Vettel insists it won’t put too much of a spanner in the works as he bids for his first Turkish GP win.

“Unfortunately we couldn’t get the car ready in time, I’m sorry for the guys,” the defending World Champion said.

“It makes it a bit more difficult no doubt, but I don’t think it will be a big problem. We know the track quite well from the last years. In the end it was only one afternoon we had in the dry. Tomorrow I think it will be dry.

“We’ll see. I’m still confident for tomorrow. Everything is open. It looks fairly close, this afternoon I had a bit more time to watch the times than usually. I think it will be quite exciting tomorrow.”

The German has already admitted the accident was a driver error but instead of hiding away in his team’s motorhome, he spent Friday afternoon with his mechanics in the garage.

“It was only fair,” he said. “Obviously I apologised, because it was not my intention to damage the car. But this is racing, this can happen. The most important thing is that we are still here.

“Of course this means a lot of work for the mechanics now, but it’s only fair to show them that I am with them, because if I’m struggling or I have a problem they are with me as well.”