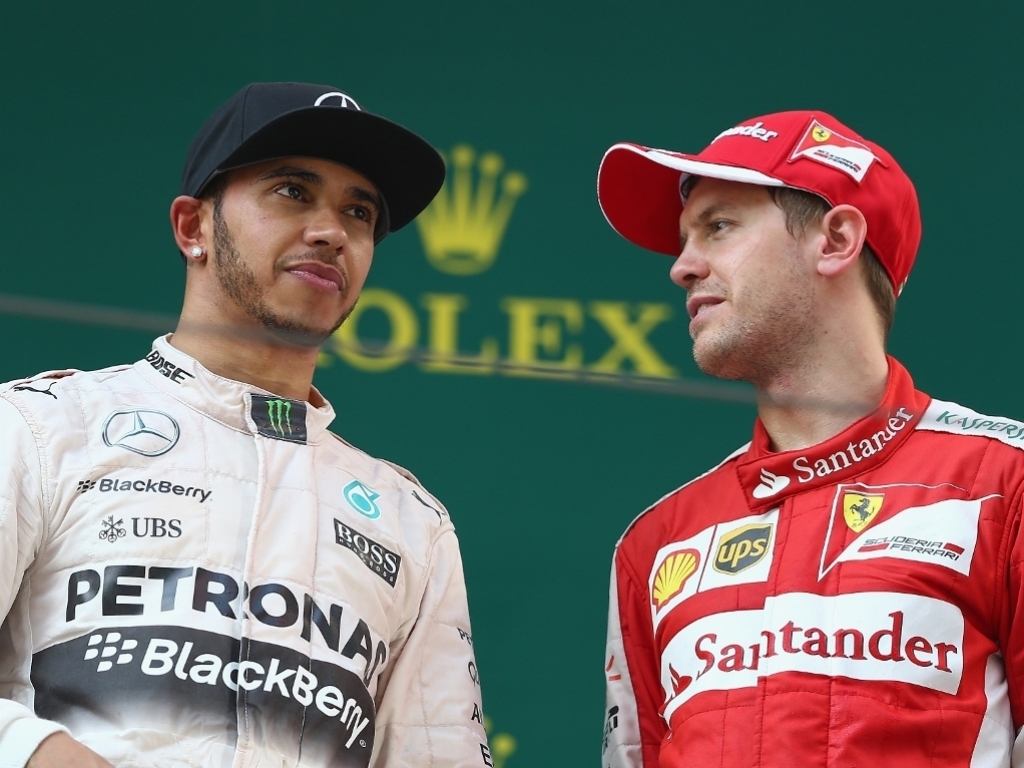 Although many at Silverstone will be rooting for a Lewis Hamilton winy, the circuit's boss believes F1 needs more competition before it "damages the sport."

Having won the World title last season in what was a Mercedes-only battle, this year Hamilton is already racing towards a third Drivers' Championship title.

Winning three of the opening four races, and finishing second in the only one he didn't win – Malaysia, Hamilton already has a comfortable lead in the standings.

27 points ahead of his team-mate Nico Rosberg and a further one ahead of Vettel, Hamilton would take a race weekend off and still lead.

And that rampant form is a concern for Silverstone's new managing director Patrick Allen.

"My only concern is that if he wins everything by a country mile between now and July, if it becomes a procession, it damages the sport," Allen explained.

"So it would be great if Sebastian Vettel could stir things up a bit."

He added: "What we are seeing in F1 is a bit of a procession. How interesting is that to watch?

"Even Lewis has been quoted has saying it is great for Britain to see him back as World Champion but if he wins every week how long is it before people starting thinking it's a bit too predictable.

"Even the drivers themselves admit we need some help. We need the engine noise back, too, in my opinion."

But it is not just the noise that Allen says Formula 1 needs to work on.

According to the MD, who replaced Richard Phillips back in January, the outcome of grands prix are being decided by technical directors, not drivers.

He added: "I wonder sometimes if the technical director should be on the podium because it's the car that wins the race, not the driver.

"Five, six, seven years from now, if the fans start dwindling away because the product is no longer interesting then we will have a problem.

"That's why I would urge the likes of FOM and the FIA to look at the rules, look at how we make the car more challenging to drive and make it a more closely fought rather than more technical.

"Fans come to watch racing, they don't just come to watch a guy looking at a data screen, when we get to that we've lost the very soul of the sport.

"People like to see the nip and tuck, the duel. Drivers are the gladiators in this arena and that's what fans want to see."