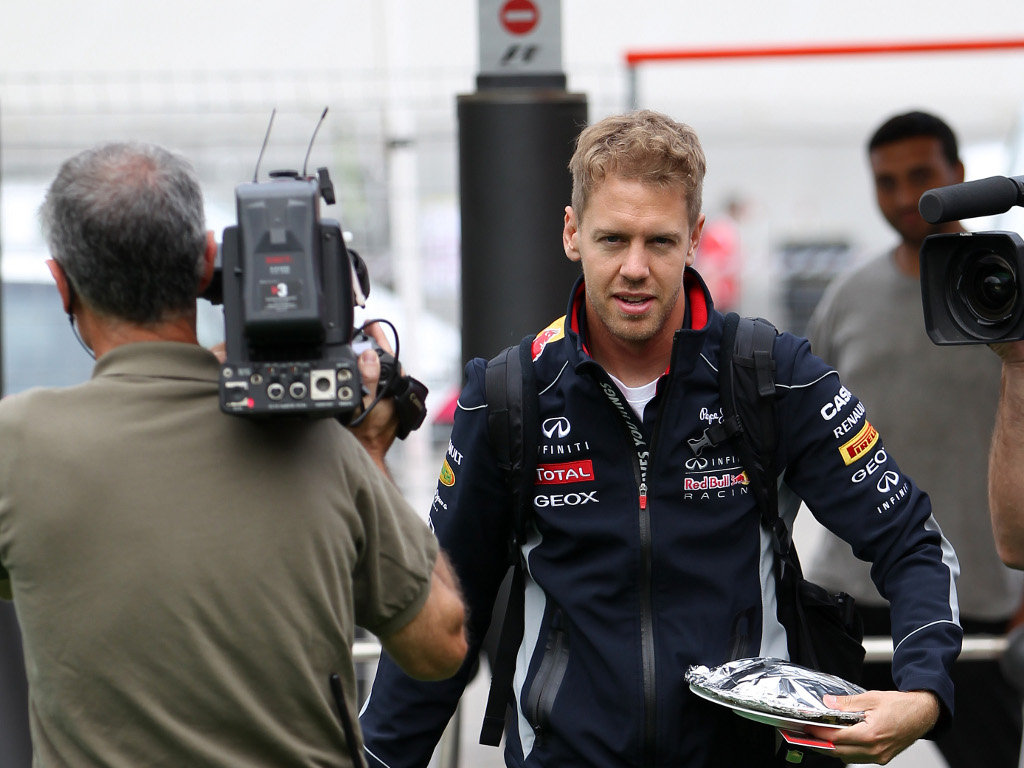 Sebastian Vettel has forecast a closely-fought but largely predictable outcome in this weekend’s Spanish Grand Prix.

The 25-year-old Red Bull driver dismissed suggestions that the many packages of upgrades for cars brought to Spain by the teams would make any difference.

Instead, he said, it is likely to be that the spectators at the Circuit de Catalunya on Sunday will be treated to much of the same from the usual suspects.

Vettel said: “I don’t think it will be a big surprise. Ideally everybody makes a step forward and then we are all in the same boat.”

He said that despite reeling off two wins, a third place finish and a fourth place finish in the opening four races, he felt there was still plenty of room for improvement for him and his dominant Red Bull team.

“You’re not just looking at the raw result, but also how you achieved the result – and I think there we have some room for improvement,” he said.

“That’s what we are targeting, but I wouldn’t say we are unhappy with what we have had so far.”

Pirelli has brought a new hard compound to the Spanish Grand Prix, which has been designed to work in lower temperature ranges and give teams more strategy options.

But despite the changes, Vettel thinks managing degradation of the tyres will still be the key to victory on Sunday.

“We know a little bit what to expect given the information we received from Pirelli, but I don’t expect a miracle,” he explained.

“I think we will still have to work a lot around the tyre and make the tyre last. Whether it helps us a lot and whether this is the compound that we carry on using – talking about the hard tyre – we will know a little bit more after Sunday.”

Vettel leads nearest rival Kimi Raikkonen of Lotus by 10 points and third placed Lewis Hamilton of Mercedes by 27 points in the Championship after four races.