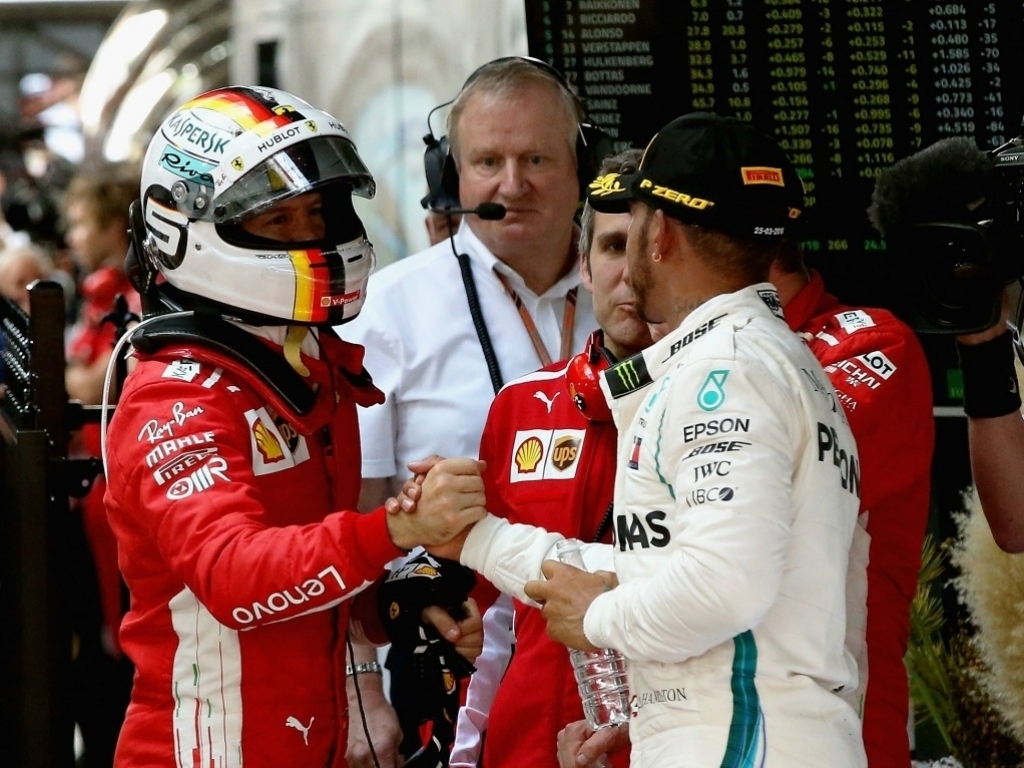 Sebastian Vettel has said there is no reason why he and Lewis Hamilton cannot get on with each other this season and dismissed the Brit's comments made in Australia.

Hamilton joked that he wanted to wipe the smile off Vettel's face after crushing his rival in qualifying, but it was Vettel who had the last laugh after taking victory in the opening race of the season.

But Vettel believes the comment was made in good nature and has no problem with him as long as they continue to joke around.

"He said he was joking and I believe him," Vettel said.

"I think we are old enough, I don't think we need to go on that sort of level.

"It's fine as long as we joke with each other and I think even if we are very different persons, I think we share – all of us – a common passion and that makes us quite equal again.

"We love racing and we try to do our best, once we're in the car and beat all the others.

"I think in that regard, I don't see why we shouldn't get on with each other."