Home Uncategorized Vettel: No reason to want to leave 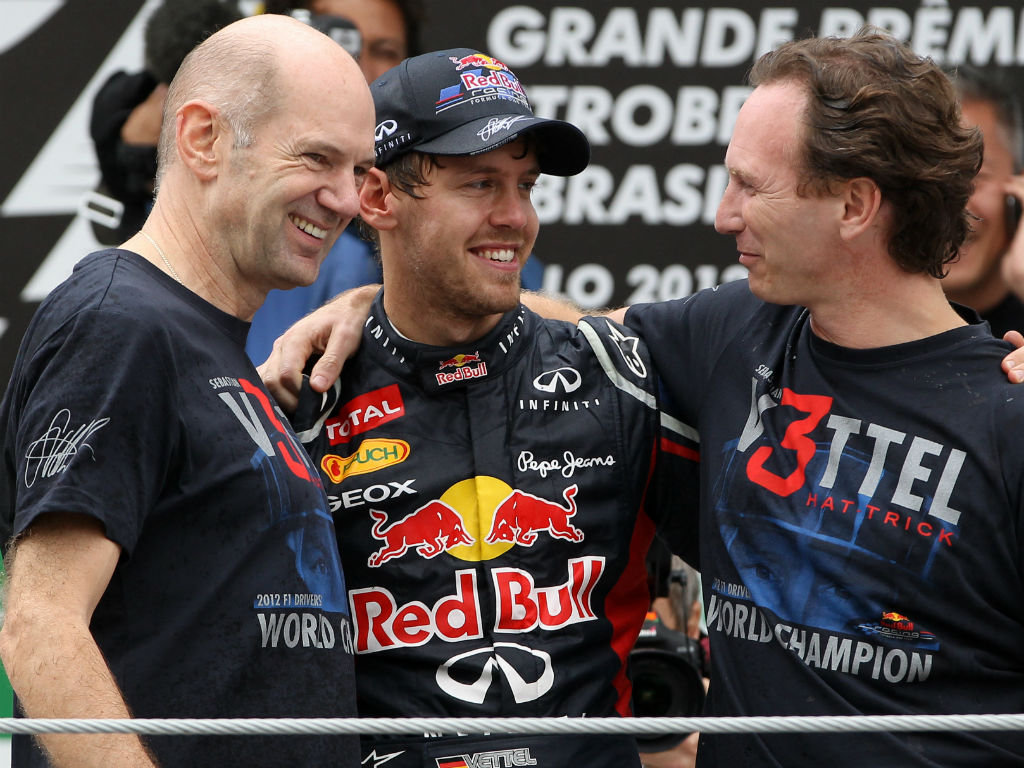 Sebastian Vettel refused to be drawn on whether his next challenge will be winning a title with another team after claiming his third with Red Bull.

The German finished sixth in Sunday’s season finale in Brazil, wrapping up his third successive Drivers’ Championship by three points ahead of Fernando Alonso.

But while the duo were rivals on the track, the rumours that they could one day be team-mates at Ferrari is refusing to die down.

Asked about whether his next step in Formula One would be to win a title with “another” team, Vettel said: “I want to enjoy now.

“I tried to explain to you that for the whole team the most important thing is the present, I don’t want to get carried away with next year or next years, I want to have a good time tonight and let’s see how long… Sometimes at some stage you have to charge your batteries, come back in shape next season.

“I am with the team, I have a contract until the end of 2014, I am very happy with what we have achieved so far and this story isn’t over yet.

“I am very happy and extremely committed to give everything I have in the next years and at the moment I don’t see any point about seeing another team or something else.”

The 25-year-old, who has won five grands prix on his way to the title, admitted it had been “very tough” season for his team.

“I think it is always difficult because in the end you compare to something that happened in the past and it is not as present in our heads as this one.

“Nevertheless it was a very tough season for us, on track, off track. A season with ups and downs for everyone, but as I mentioned before we remained ourselves and kept doing it our way and that made the difference.”

The German added that he was proud of the way in which both Red Bull and he tackled the challenges they faced in 2012 having previously mentioned the “dirty tricks” played by other unnamed teams.

“I am not holy, I have made mistakes like everyone else but the way I was brought up was to be honest if you do something wrong. In Q3 I was pushing too hard and overstepped the mark so that wasn’t perfect and I have no problem to admit that.

“I was brought up that way and I also believe that is the reason why we succeeded in the end.”